I have decided to start a new little mini Christmas/Advent tradition. We printed out this page from our day 3 on our Advent Calendar. This year I had them tell me things they like about Christmas and I wrote them down. It will be interesting to compare future year’s answers. 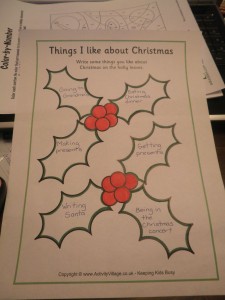 Polar Express is getting along nicely. Though there were grumblings about writing words (gasp) and doing a word search (which in hindsight I was told was VERY easy)… I am hoping we can continue the last few parts and have a lovely lapbook for them to remember part of our year 2 homeschooling.

Today’s craft for Advent was to make an origami box. Ken and I made one up out of red and green cardstock last night and had the 3 boys work TOGETHER to decorate it! I am planning to make a few more tonight so they can decorate some more, maybe put some of their ornaments in them to gift out! 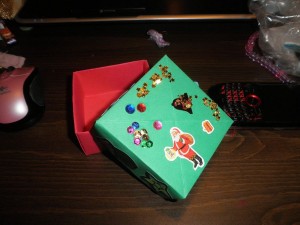 Our filler time craft before sledding came from Education.com… Santa and his elves (we made two). I printed them on regular printer paper and had the 3 boys colour and cut them out themselves. You can find Santa HERE and the elf HERE. 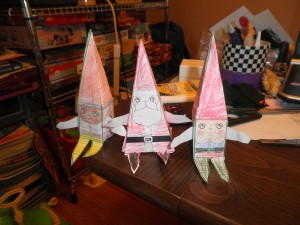 Santa and two of his elves

Sledding with Daddy was another success today. Due to work he took them around dusk where they tried a new hill and played with other kids. They were out nearly an hour and came back with rosy cheeks and empty tummies! 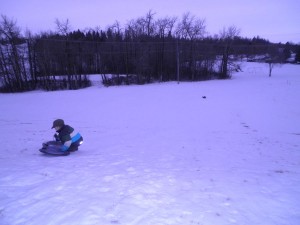 We had a busy evening. Ken and Fydo wanted to talk shop and with He Chris around Echo and I were able to join them and Kristen. I also had a few items to wrap and she has the wrapping paper in abundance! Of course this occurred during the supper hour so we decided to go to the nearest restaurant to their home – the Indian place! Ken’s first time, note his carefully separated food! 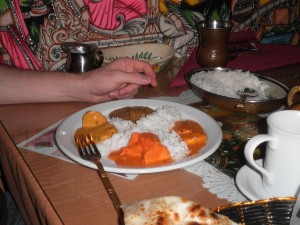 We wrapped the odd shaped stuff, chatted and enjoyed some adult only time while the boys talked about gaming and programming some and Ken snuck in a 10 min nap (they DO have a comfy sitting room). 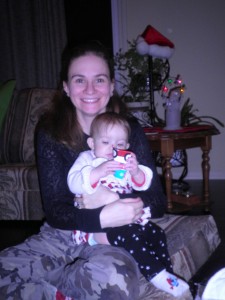 Me and my baby 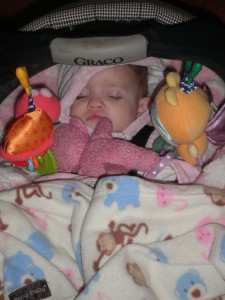 Emanuel and Trinity got spoiled with some special Aunty Karyn time – not only did they do jammie library time but they ALSO went by her apartment and got to see her kitty… by see I am told that they refused to actually go in and engaged in a staring match with said kitty! But in the end he was deemed to be a nice kitty so it is all good!

I got home too late to talk to any of the children about their evening but I hear it went well! Now I just have to get to work on Emanuel’s handcrafted gift for the year – a feltie Elephant ornament that I am then going to blow up to a bigger size to make something more squeezable… with that I am done his list! YAY! I have to share today’s Advent video… Trinity had to watch it over and over and over again!

And each time she watched it she had to tell me HER interpretation on events!! 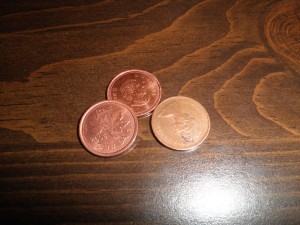 Quite the "fund" hey?