Fall weather calls for fall themed adventures and of course a Sunday afternoon is a terrific time to do so. Add in Nana and Baba and the cousins AND their parents (Joe and Faith) and we had two full vehicles of kids and adults. Of course the kids ALL wore their new winter coats with pride! Echo long before we even left! 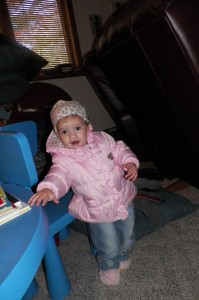 All decked out minus her mittens

We got as far as a cousin picture… 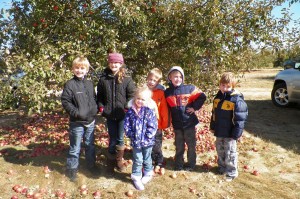 before nature made herself known in an obvious way with a very visible VERY tiny snake… Thanks to Baba they all got to see and touch this little critter (with yours truly a SAFE distance away). A Northern Red Belly apparently. Something new and interesting to note about Minnesota – the snakes here – NON venomous! Speaking of critters in the state… the night before I got my first experience of a MOUSE in the HOUSE! ACK it was skittering across our unfinished ceiling along a… get this… copper pipe (talk about a TINY pipe)… traps have been set and I am to start placing bounce sheets in everything (apparently the smell offends the mouse’s delicate nose… Well works for me, I LIKE the smell of those sheets and HATE the idea of a mouse in my drawers!). 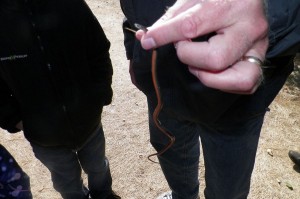 After the snake was released back into the wild it was time to start with the apple orchard. The sun was out, the wind as well (but not too bad) and the kids ready to run. We started in the barn where all sorts of things, including Nana and Baba’s favourite apples – HoneyCrisp. We especially had to check out the bees on display with some of their honey. 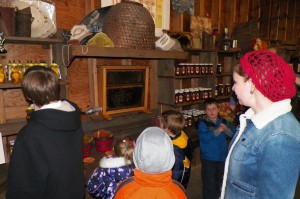 Checking out the bees

Ken and I snuck the kids out of there pretty quickly, they are not all huge fans of apple cider yet and with loose teeth abounding candy apples were a definite NO NO. So instead we headed over to the Kettle Corn stand to buy a bag to share. Very yum, though the kids assured us NOT as good as Baba’s. 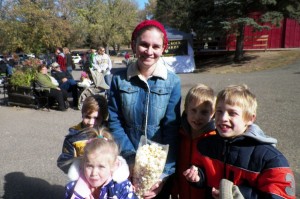 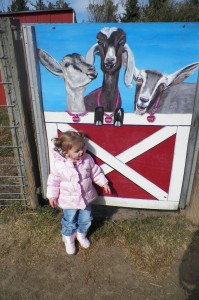 Goats were there and so were we?

And a hay maze to check out that was VERY simple I am told. Of course the kids were not SUPPOSED to be on top of the maze, ours weren’t… but others… 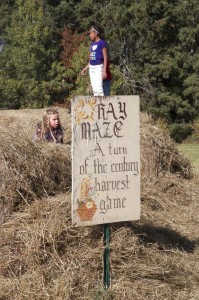 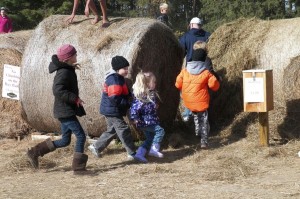 Time to maze it up

We then took advantage of the loose hay that you COULD climb all over and took pictures, ran off energy and covered the kids in hay! 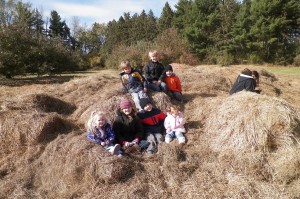 Cousins in the hay

After all the fun at the apple orchard it was time to pack back up and head over to the Country Sun Farm. They had all sorts of things there to see… of course we had to go feed the animals corn… goats, sheep, chickens, turkeys… all of the kids were impressed. 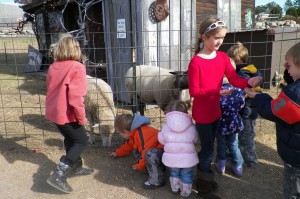 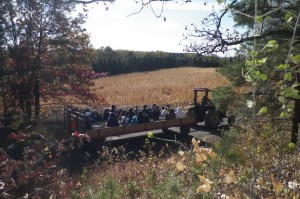 And then headed into the structure to look at pumpkins (numerous) and fall and Halloween displays and to send the kids into the… corn pit???? 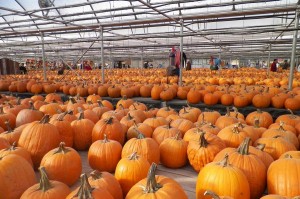 Echo was a bit too little for the pit so she enjoyed the company of the adults and checked out pumpkins on her own. 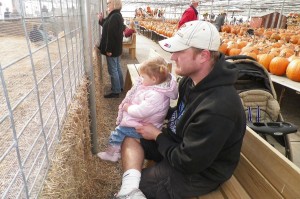 With fresh mini donuts and water it was time to head back to the house, we totally wore out the kids… and then some!!! I think it was a great day out. And now we have a bunch of interesting experiences to document in our journals and a critter to read about! Oh and a new recipe for honey pumpkin pie I will share AFTER we make it! I will be sure to share a few of our findings and illustrations! 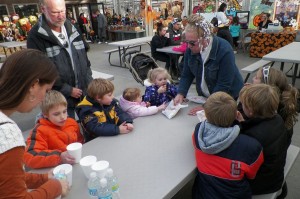