Sometimes we just get a slow start… Monday and Tuesday really was that for us. However, we ARE all done our Earth Week learning with the ending being focused on becoming a member of the “Green Team” just like Freddy in Save the Earth by Abby Klein. 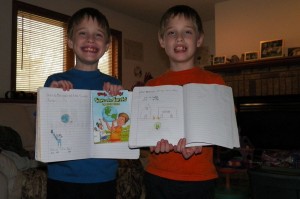 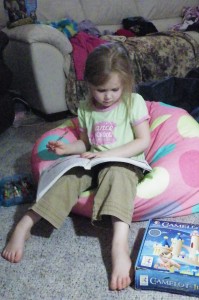 Getting in some workbook time

While waiting on Gavin to wake up the other 3 did their nature journal pages out in the sunshine. 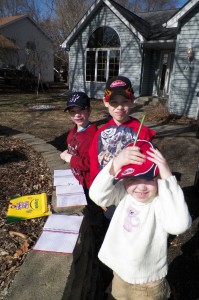 We were unable to take our much wished for walk on Monday due to a deep sleeper (Gavin didn’t get up until past 10 am and although not sick like he was expected to be, he was exceptionally well rested). and two coughers. BUT we did have two bikes repaired and ready to go for Trinity and Emanuel! Two out of four is not bad, though the twins were less than impressed. 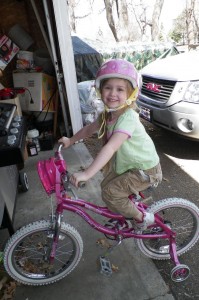 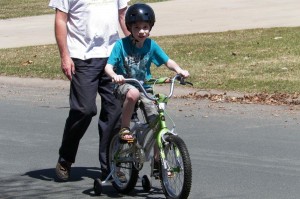 Emanuel on the go 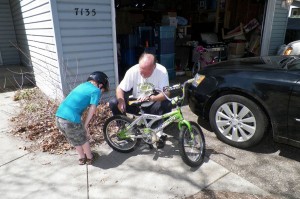 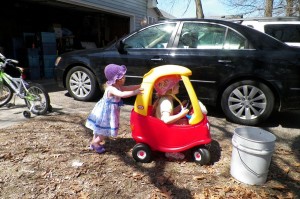 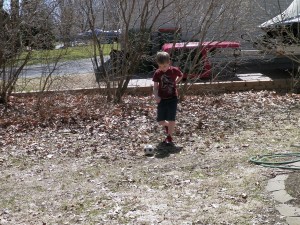 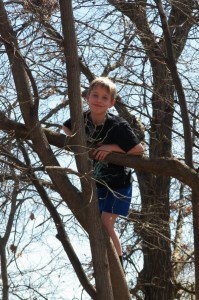 Up in the tree with Gavin 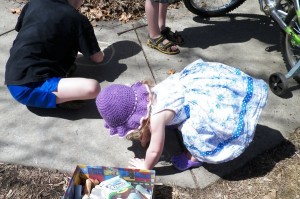 Tuesday had the weather AND the kids cooperating and we were able to eat breakfast and get our way out on a nice long walk. First the walking path, over the bridge and then … PARK! 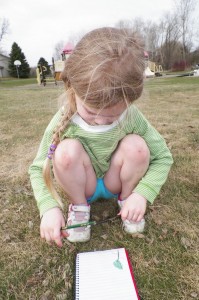 Working on the nature journals

Echo wore the wrong shoes for the park with her fake crocs falling off and getting pebbles in them but she and Emanuel had a blast playing pirates with their own theme song and everything. We also picked up our garbage for our last requirement on that Green Team I mentioned earlier. 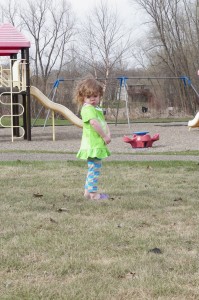 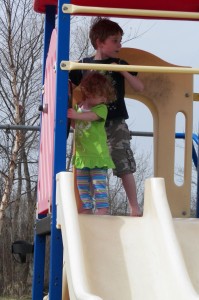 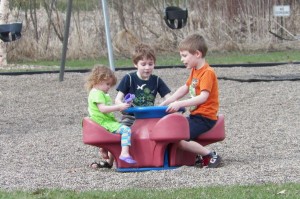 Babies at the park 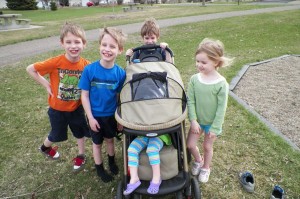 There is a 2 yr old behind that sun shade… seriously!

We had a new penguin themed book to enjoy – Turtle’s Penguin Day by Valerie Gorbachev. The kids then drew themselves in penguin costumes! Even Echo had her brothers help her. Now that Trinity is 5 we are working on having her more and more involved in schooling. She is all for the workbooks now and hopefully will be more and more willing to sit with us as we do our books and extended projects. I HAVE found her a special Mother’s Day (sort of) themed lapbook that she will do one on one with Mommy. 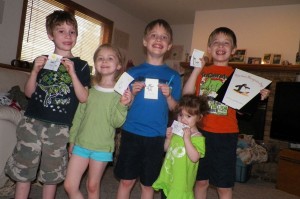 I was able to find a polar themed movie from the library that we picked up on the weekend. Really Wild Animals: Polar Prowl by National Geographic was a hit with our family. We watched it on Monday while Gavin was sleeping and then an encore on Tuesday so Gavin could see it and put in his input on our pamphlet style sheet. It is fun to look at the differences between the Arctic and Antartica wildlife. 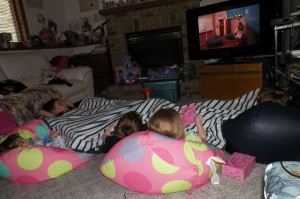 Followed by some rather interesting Electric Company 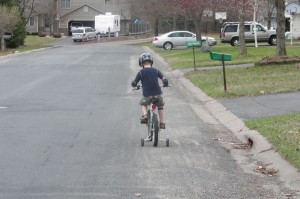 By the second ride a pro! 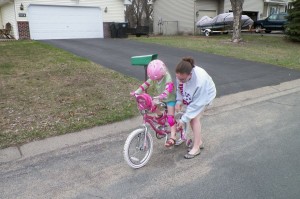 Lovely evening for it

While Echo ran out the door with Baba well in hand. 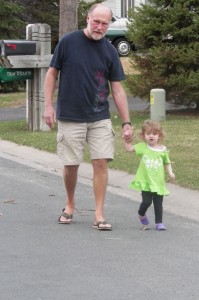 With my little helper when it comes to laundry… 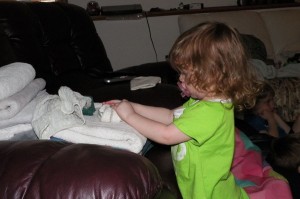 We have continued our penguin and earth awareness trend… and with a good night’s sleep on Monday night (Sunday was a sleepless for yours truly) we will ramp up the week and run into Mother’s Day, spring and walk walk walk outside. 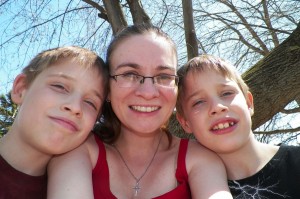 Me and my twins