And now we get into the end of the month. The FIRST month of 2014… And the final countdown to finalizing our decision to stop with 5 kids. I can honestly say that I feel no regrets, sending Ken to the doctor on the 24th for the in office procedure (I will spare you the picture he took of it). If we do feel the need in the future for more children there are those already in existence that need us more. Having the procedure on the Friday did mean an at home weekend. Not that the kids complained as it culminated in the cousins coming to visit as well! 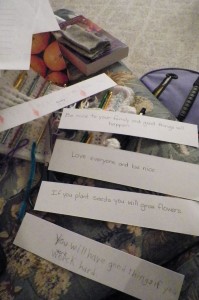 I went out with Ken to an appointment and stopped at a more local small Asian market where I lucked out with super affordable red envelopes and lucky candy for our Chinese New Year celebration. The kids and I are rather excited about our celebration. We even sent off envelopes for the den Otter 3. 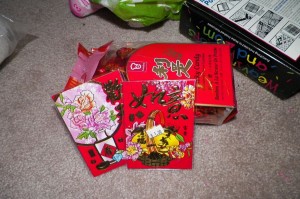 We had a half day on the Friday. 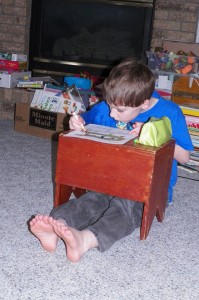 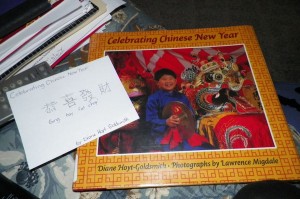 With some time squeezed in with Daddy learning more about magnets. These kits from Christmas are REALLY coming in handy! We used the last of the kids’ Christmas money to pick up some strong magnets at Lakeshore which has made them even more excited about it. (and had us sit them down and discuss where we do NOT put these magnets – laptops, electronics, Daddy’s computer!!!!) 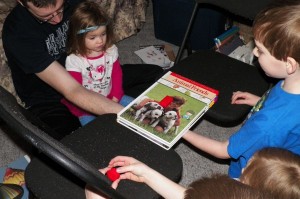 Nana went and collected the cousins before she headed off with Daddy to the doctor. It has become a family tradition here… she also took Ken’s brother for his. It went smoothly and they were home before we knew it… though then Ken headed right to bed to sleep off the medicine, stress and hopefully through the first of the pain. 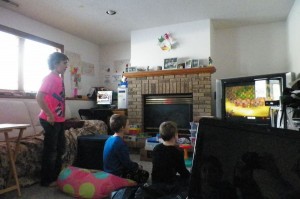 The weekend was quiet… with lots of potty attempts. We are still rather hit or miss and I sense a long road ahead with this one. 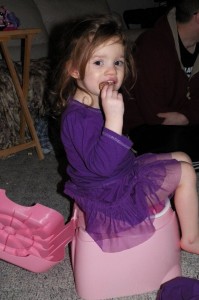 Saturday was a whole day of cousin time. 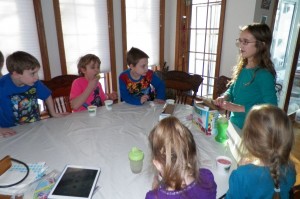 Sunday was the beginning of what we now see as Echo’s “Helping” phase, which often is not so helpful! 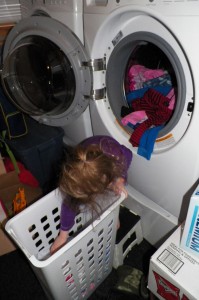 We skipped Sunday School so that the kids could spend the time with their cousins before they had to head home. Emanuel and Daddy took a few minutes to finish a Scout task. They had to figure out where to go when there is a fire. 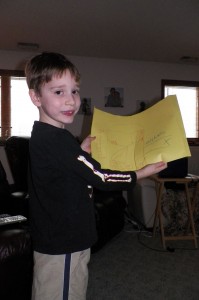 And then on Monday it was back to school and Chinese New Year as usual. This time with some panda learning. You simply cannot learn all about China and such without touching on one of our favourite animals! 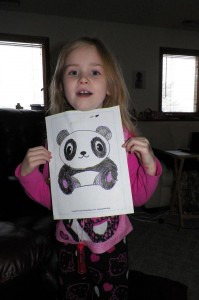 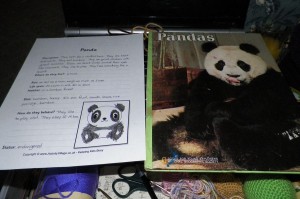 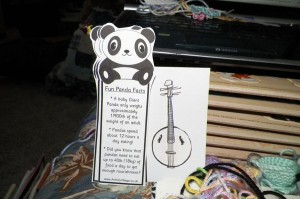 On Tuesday the kids finally sat down and worked on their rubberband loom. So many pretty (though still very basic) bracelets. Enough to add some to the package to the den Otters and give some to me! I need to take some time and try this thing out for myself! We do not have the rainbow brand version that is one you can change the set up on, but if it catches on with the kids it will go on the list for the next holiday! 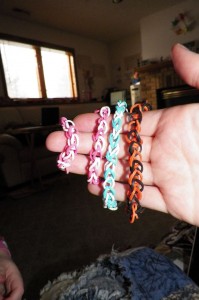 We had a minor but consistent argument about electronics that night, so I called an hour of no batteries and pulled out games and toys… we started with dominoes, first the traditional line them up and knock them down with moderate success. 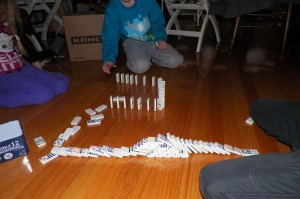 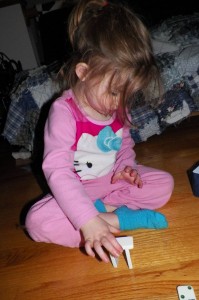 And then doing a matching version. I think I played MOST of the rules right with the kids, but we had fun regardless. 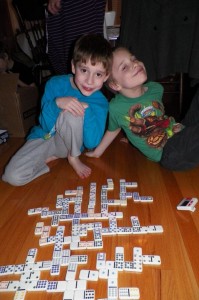 And then onto the I Spy game with a BELL! That was noisy and crazy and totally enthralling to all.  Operation back to the basic fun — SUCCESS! 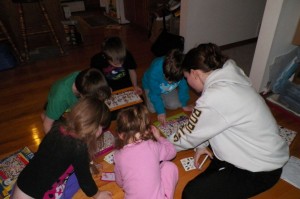 Mid week and we are back to the books. Education.com and Activity Village have been amazing resources for us! Though remember, now with Education.com you only get TEN worksheets free a month. 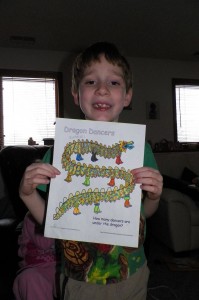 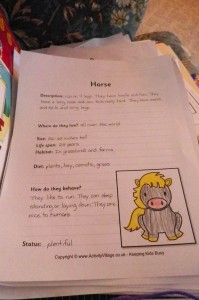 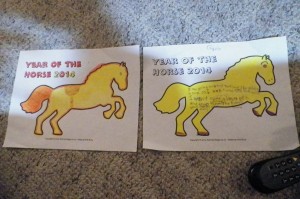 The twins headed outside to add to Nana’s ice garden. Simple water, food colouring and cold weather… we freeze ours out in the sunroom. 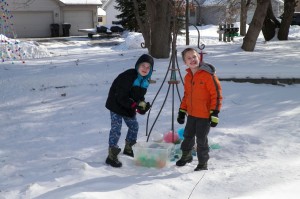 Miss Trinity and Miss Echo have been learning together lately. Big sister must impart that wisdom on her little disciple. Everything from school stuff to online gaming! 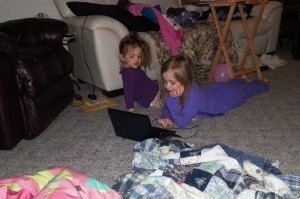 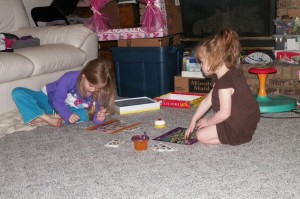 And to top it off… Emanuel had his first extra field trip for Cub Scouts — to the police/fire station! Baba took him as Ken got stuck at a dental consult. But Darcy shared pictures with me and I was told by himself and Darcy that it was SOOO much fun! 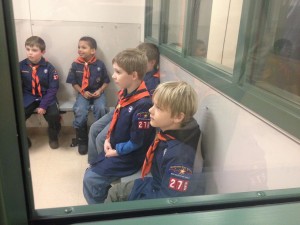 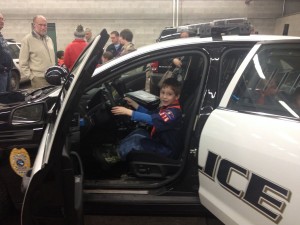 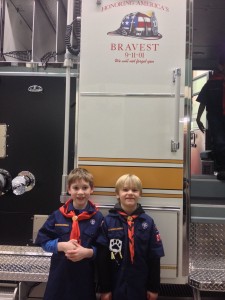 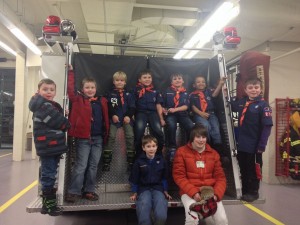 And with that we are left with ONE day of January to see through and the start of Chinese New Year – year of the horse!! What a whirlwind month! 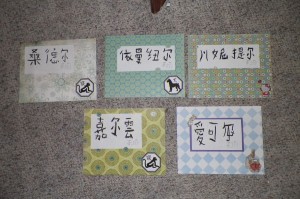