While the wonky weather and this nasty flu going around and around did impact our plane some he assures me it was a great day. Maybe because the physicals scheduled got canceled due to the doctor being sick, or maybe because we had an Emanuel Day… either way, my middle child is 12! Where did the time go?? 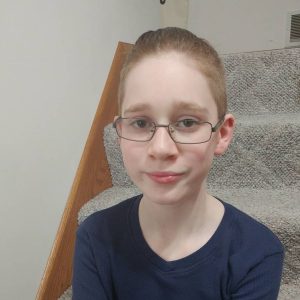 We started off with a trim. Ken has gotten quite good with his clippers on maintaining cuts. 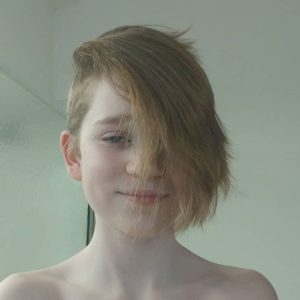 Then some lovely photos of the birthday boy. 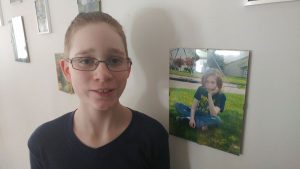 With some spare time on our hands we ran out to the mall and got myself and Emanuel new runners. We are almost the same shoe size!

We snuck in a pretzel and picked up some groceries and then came home to open presents. The gift from Aunty Holly, Uncle James and Cousin Jimmie had came as well so we opened that too. He was quite pleased with his gifts. 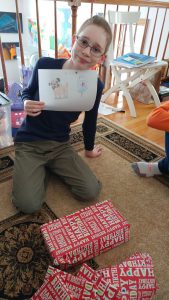 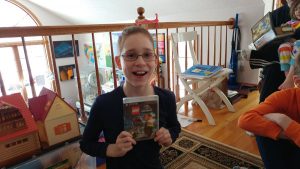 He loves his gift from Aunt and Uncle and Cousin

Don’t forget phone calls from grandparents. We had a few of those!

He spent the rest of the afternoon playing with his new game before we took him out for his solo dinner of choice… Culver’s. Then… cake! 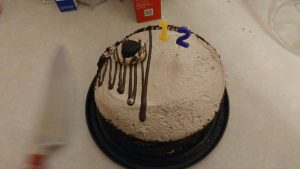 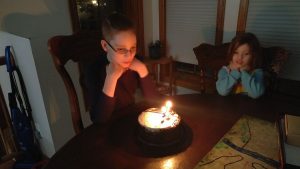 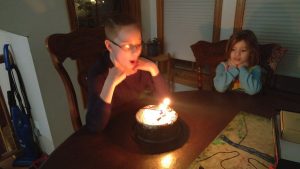 We finished off the day with watching his new movie – Ninjago. Which I hav to say, was funny. All topped off with fresh popcorn! 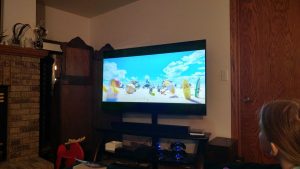 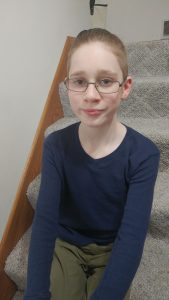