As mentioned in the birthday post for Echo HERE, she started her first ever dance class this summer. It was a huge success. One of her favourite staff members ran the class, and she had nothing but fun. 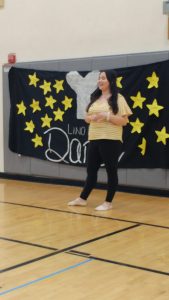 We not only go the necessary dance shoes, but also picked up a little purple dance costume for class wear. Which of course was a huge hit.

With summer plans and such the YMCA decided to have TWO dance recitals. The first, luckily, the Friday before Karyn was to drive home so Echo had 4 people in the audience just for her. Ken, myself, Karyn and Trinity all came to watch.

Echo was the only pupil from her class to make that recital so she danced with Grace TWICE! They ran threw the performances twice to give everyone a good chance to see their child and take pictures. 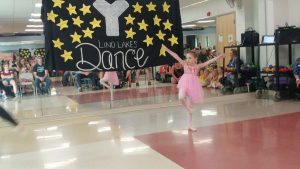 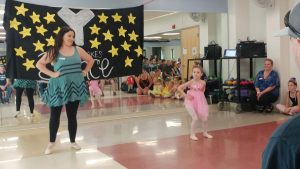 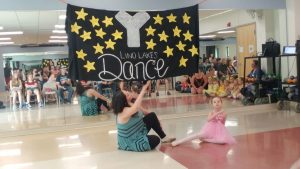 Then at the end they received a little certificate… and some snacks! It was a lot of fun. 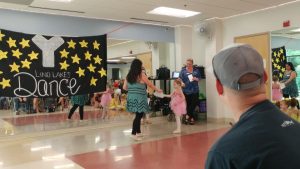 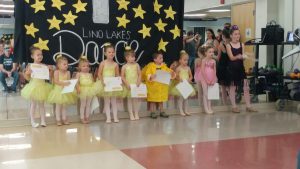 The following week there was a second performance in the gym. This time Echo was not the only one in her class AND her brothers came to show support! 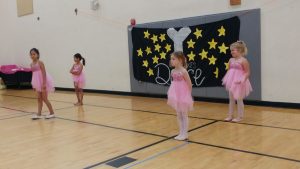 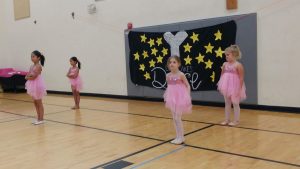 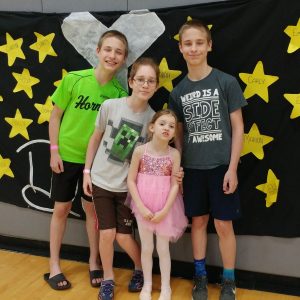 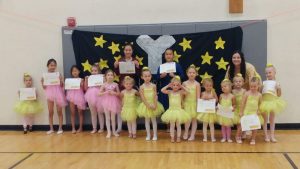 It was fun to watch the dance again, and Echo was all fired up to sign up for the next session which runs until Christmas season! I will be sure to share images from that one as well! 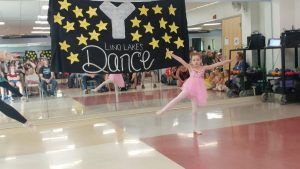 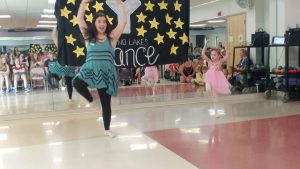 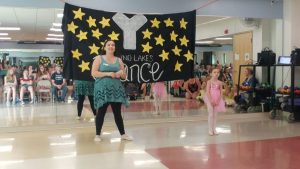 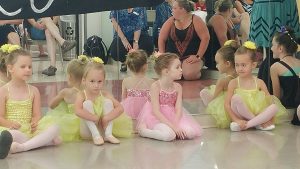 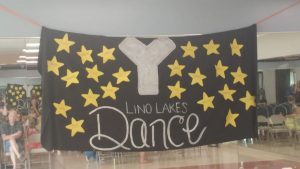