Snowflakes are all sorts of awesome. So we had to look into them a little. For books we used:

For Christmas this year we went from nursery rhymes to Christmas carols. Origins and meanings are so interesting! To help us out I found two books:

We read a few favorites… The Gingerbread Man, The Grinch Who Stole Christmas, A Porcupine in a Pine Tree (a Canadian 12 days of Christmas), Rudolph the Red Nosed Reindeer. The list goes on.

What I really wanted to share was the idea of finding out a little history about the things we say and sing. Delving into the history of Christmas Carols made us stop and think about how long they had been around, why they appeared, how symbolism has changed. Christmas is a great time to look at the root of things, and to revisit old favourites. For more examples look at our Nursery Rhyme Posts. (a delayed one with that too, they will be linked) 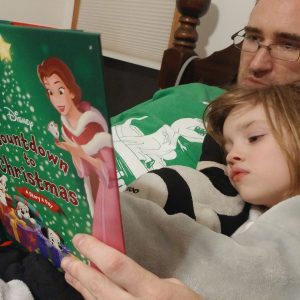 I promise that TOMORROW there will be Sunday School pageant video but today you have to suffer through pictures and some Lisa babble. Anyway…

Today was the Christmas pageant and it went marvellously! First off Trinity chose NOT to go up… she did, however, sit in the very front pew with her Grandpa Mike. Gavin was a terrific Joseph who eventually got bored… Zander sang his little heart out at the very TOP of his lungs AND waved at everyone (wish I had gotten a picture of that!) and Emanuel shushed with the best of them! We were all VERY proud! 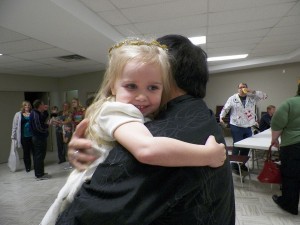 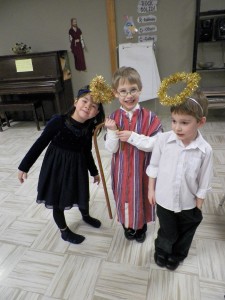 We had our luncheon at the church first where the kids had a blast sitting at a different table and meeting other parishioners. Some of our family came to enjoy the event as well! Cousin Veronika with her Adam and her folks (my Aunty Lorraine and Uncle Ken) were right on time, and then Grandma and Grandpa Mike! YAY! Echo was wide awake in her Christmas finery. She wore Trinity’s first Christmas dress… it is closer to fitting… sort of! 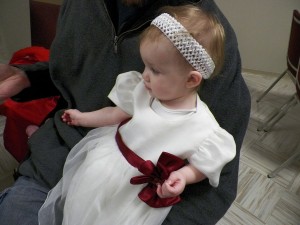 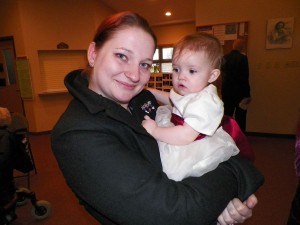 Echo spent some of the program crawling around and entertaining some of the people at the ends of the pews… she really does enjoy the sanctuary… sound echos (ha ha) AND lots of crawl room! 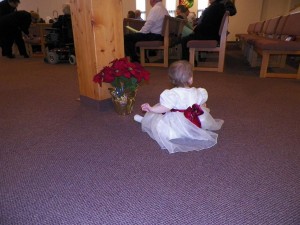 After we enjoyed the pageantry it was time to say good bye to some of the relatives and then head back to home where Grandma and Grandpa Mike came and hung out for a while. They brought a special gift – a magic key for Santa for him to get into our place on Christmas Eve (after all we have a chimney but it is blocked off and the couch in front of it!). 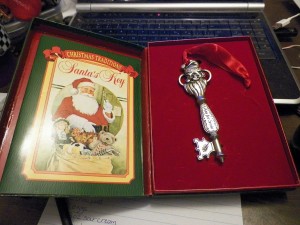 Trinity was not interested in being an angel… she saw the 3 Kings’ crowns and wanted to be a PRINCESS! Her teacher was so sweet… took her to the craft supplies and made her a shiny pipecleaner crown! Which she wore ALL DAY! So if you ask her, she was NOT an angel – she was a PRINCESS! 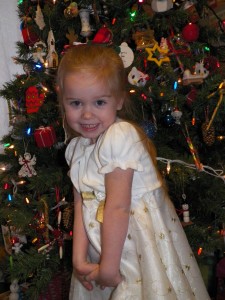 It was finally time for Chris and Chris to open their present… they seemed to like everything! And now I can share my picture of my very first wing holding owls! 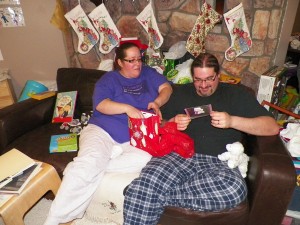 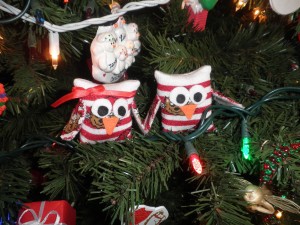 Now I have a new deadline – I want to have ALL my gifts done by Wednesday so I can truly enjoy the final countdown to Christmas. I have almost done it with a short list of items to be completed. And for our Advent video… who doesn’t love the Muppets??? 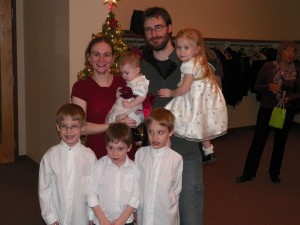