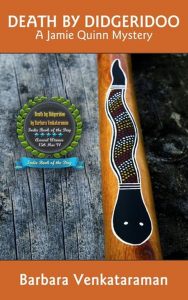 It is unusual to come across a humorous cozy murder mystery with a dash of romance which ALSO includes a faith element, but Dying to Read by Lorena McCourtney does just that. This book does not delve deeply into the faith idea, though the main character is rather faith driven. She is concerned about the possibility of others finding peace through prayer, praying for others and things she is going to do. There is discussion of going to church at multiple times through out the book.

Don’t get me wrong, there is a definite murder mystery, definitely some romance and a bit of humour too. There is even some tension as the entire thing is wrapped up. Dying to Read is the first book in The Cate KinKaid Files. Cate is working for her PI uncle as she is in between jobs, without a social life and experiencing what is one of the worst hair cuts possible. Everything blows up in her face when she takes on the job of determining if a specific woman lives at a specific address. From then on in it is all murder, confusion, and unique characters.

I found this book to be a fun and eventful read. A full novel at 321 pages it actually was a book you could sink your teeth in and a nice change after all of the novellas I have been coming across lately. I found that I did not solve the mystery too quickly, and even better some of the CHARACTERS were mysteries too!

Cate made me giggle and the book club ladies (seriously you have to read this to truly get a look at all the characters) added some spice and silly to the mix. The hunky man was a bit of a mystery wrapped in kindness and good timing and the ending was just as enjoyable as the middle and the beginning. I seriously hope the following books in the series are just as enjoyable and hope to find out myself! (In writing up this review I realize I HAVE read something else by this author and reviewed it, AND enjoyed it… check that out HERE) 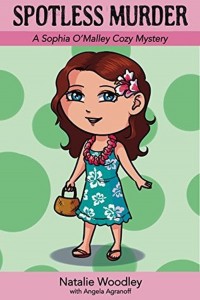