Well October rushed by and it was Halloween in what felt like was the blink of an eye. This was not the year for the new handmade costume for the family. Rather a couple repeats, and some purchased pieces worked out to a rather nice looking group. 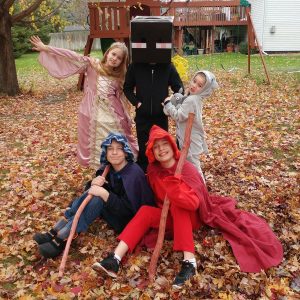 Echo was enamored with the movie My Neighbour Totoro, and since we could not find a chinchilla costume (her first choice), Totoro was a VERY close second. I ordered this one off Amazon. Ken whipped up an acorn bag and for the photos I lent her one of my handmade Totoros. 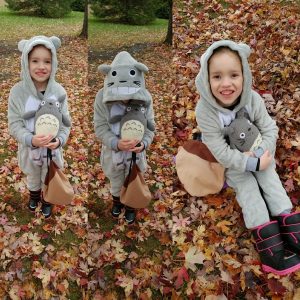 Trinity chose to be a princess this year. Again a dress off Amazon, and after 2 attempts, a tiara to match. 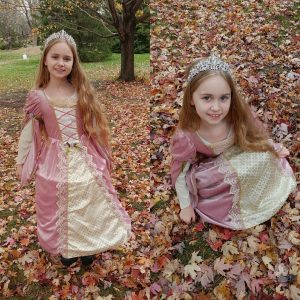 Emanuel is still a Minecraft fanatic. This year we went with an Enderman. Black sweats, black sweater and a mask/box I bought off Amazon. 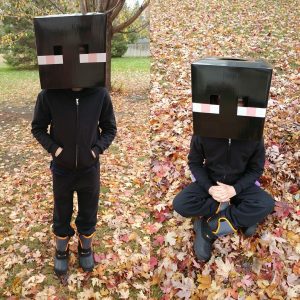 The twins went for a repeat of wizards. Ken had made the capes and staffs and the hats were crocheted by me. 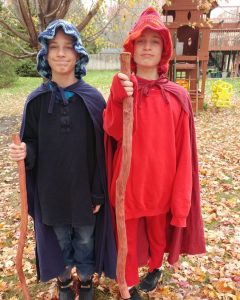 This is our second year trick or treating with our homeschool friends. Echo was over the moon to run the neighbourhood with Nate. 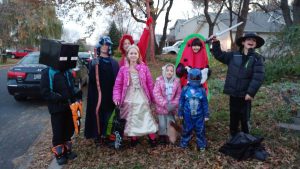 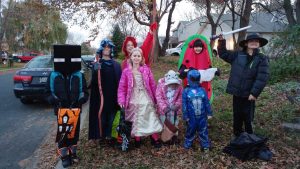 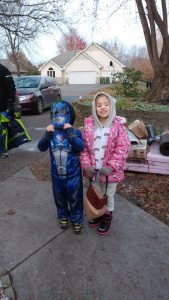 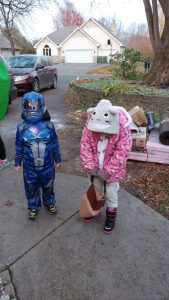 They didn’t do half bad on candy, which I sorted and bagged up. We will be eating these with some restraint. Stomach aches are not worth the gorging. 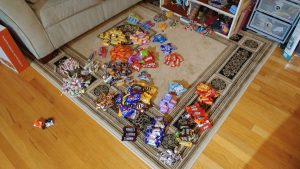 Of course Neko-chan had to get in on the fun. Though when we tried to actually WEAR her costume she balked and attempted to eat it. But still – adorable. I bought a dog costume hat, it worked! 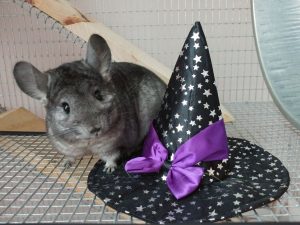 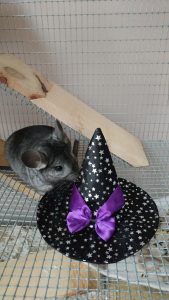 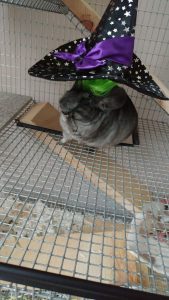 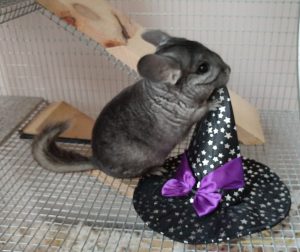 I had less of a costume and more of a comfortable slightly on theme outfit. (not the highly indulgent Irish sweater… I plan to live in it) 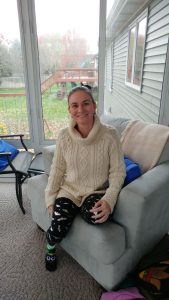 Of course the girls had to do a little photo session with last year’s mini witch’s hats… I love that Echo wore skeleton jammies under her Totoro costume. 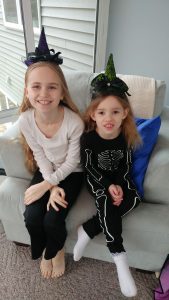 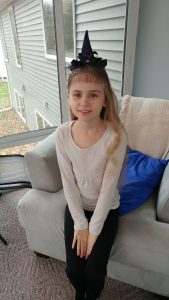 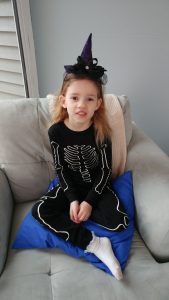 That week we did some fun Halloween themed crafts as well. 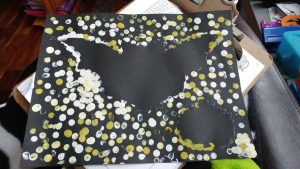 It was supposed to be thumbprints but with kids who hate getting hands dirty we used the eraser end of pencils. 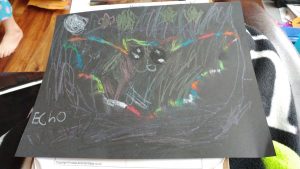 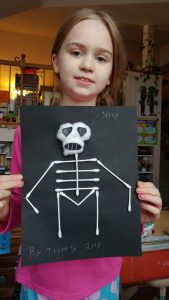 We also had a lovely special lunch on Halloween. We did good! 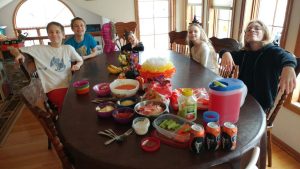