This was a pretty nasty cold with more and more kids getting sick. So Tuesday was not an improvement on Monday. However we did finally have our green lunch! Just as dinner. 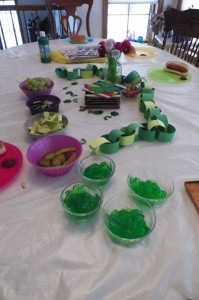 And then… MORE SNOW! 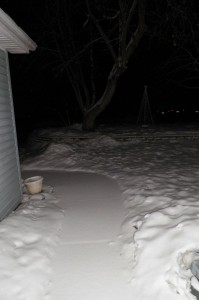 I also finally got my labels up on the shelves. I am already seeing  this help with organization… the bane of homeschooling… you never get everything put away, there is always something on the go so if I can organize SOMEWHERE then I am going to hop up and do so! 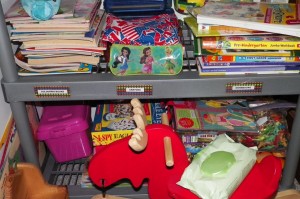 Wednesday was doubly rough with teacher succumbing to the nasty bug. So we… rested! 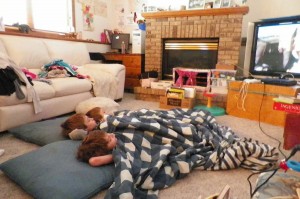 We did try to get more on track on Thursday. 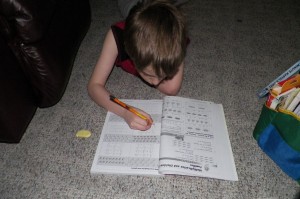 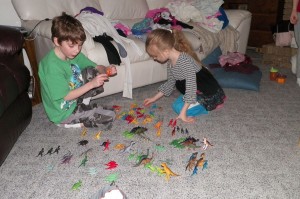 The twins even managed to complete their United States state books. Not much more than an introduction to each state (half a page) and such but it was a chance to see them on a smaller scale than a whole country map. 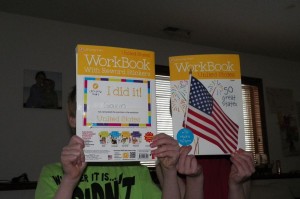 We brought out the Time Bingo game I got months ago for a dollar at Target and saw some huge leaps in the ability to read an analog clock. 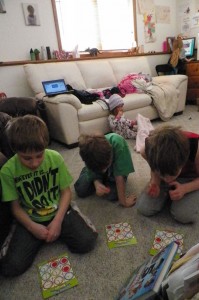 We ended the week with a Family Fun Day. The usual… check out the yarn at Joann’s, run into places we had coupons for… 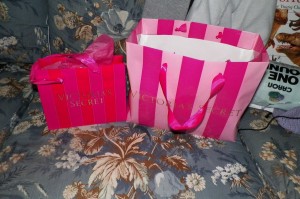 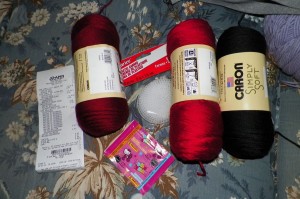 And a wander in one of the smaller malls. 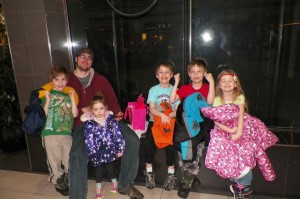 We had toyed with going to ride on the carousal but the kids were certainly not up to that treat. Instead we went to the food court and got the kids cinnamon buns to share. That is a SUPER treat as I think it has been nearly a year since they have had something like that. I lucked out and found a Japanese place that is almost as good as Edo Japan… and something TRINITY liked! Sauce on the food and all!!! 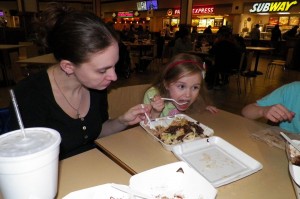 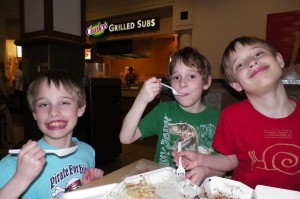 We have our daily laundry chore to handle. 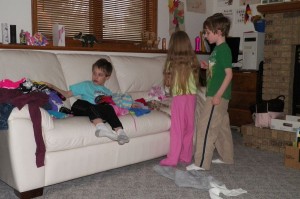 And then a movie to round off our fun day. 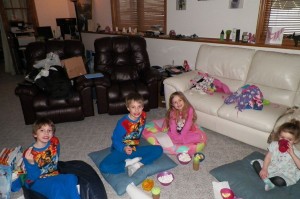 On Saturday we had Matt, Fran, Izzy and Henry over for afternoon snacks. Everyone gets rather excited when we know they are coming. It is really one of our best chances for play and visit for kids AND adults and I am so thankful for it. 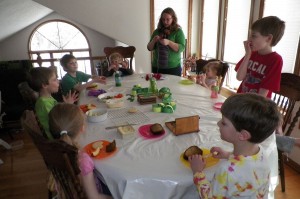 Sunday was Sunday school and then car building. Sadly it was the twins’ turn to be absolutely out of sorts and for the first time in ages require naps without being sick! 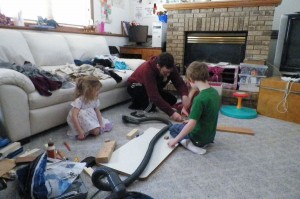 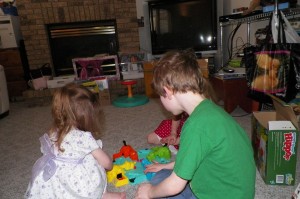 The best way to end a sick week/weekend… quiet play! And the prayer that we ALL get better quickly!! After all spring is here… in name… 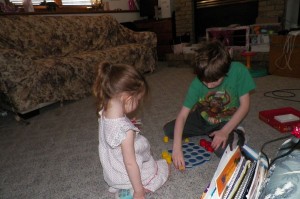 Bit of an emphasis on games lately! 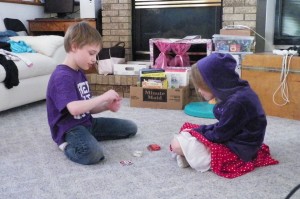 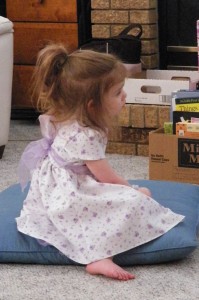