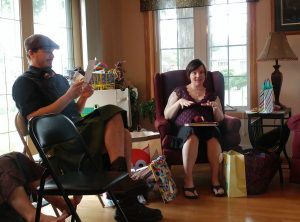 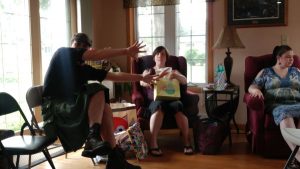 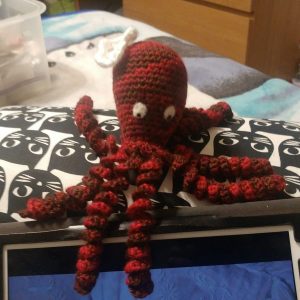 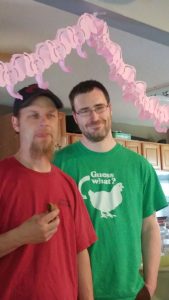 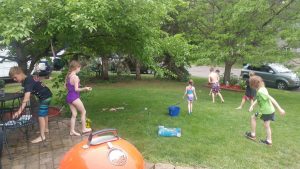 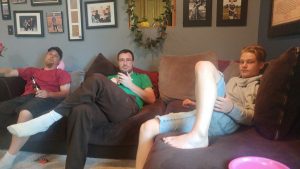 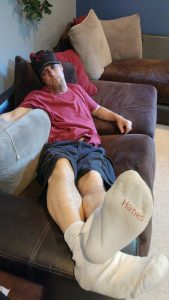 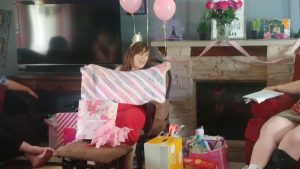 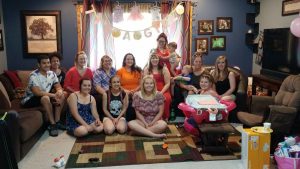 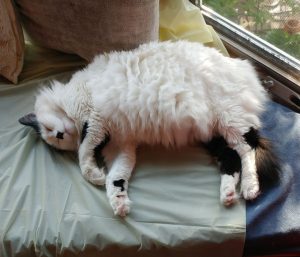 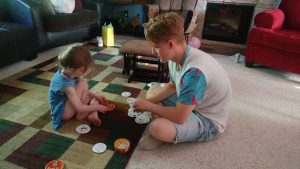 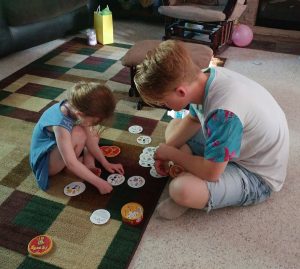 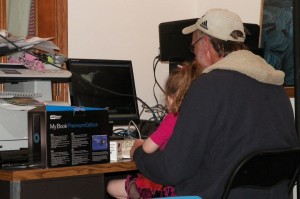 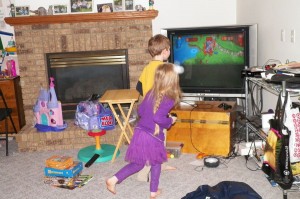 BUT Sunday… well we had Sunday school where the kids had their first practice for the concert in December. Ken took them and said the door was closed and the parents KEPT OUT! But I have copies of the script… just no idea what all the kids need to know quite yet.

The true excitement came after that when we changed the kids out of their church clothes, loaded up all 9 of us and headed out to a family birthday party celebrating the birthdays of two of Ken’s cousins – Robbie and Jessica at Aunty Judy and Uncle Jim’s. I wish I had gotten pictures but they have DUCKS now! 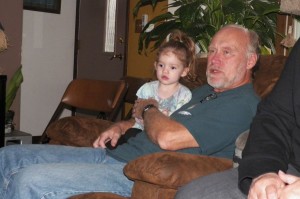 There is quite the menagerie, fish, dogs, a turtle, the ducks, lizards and now a kitten! The kids were in animal heaven. 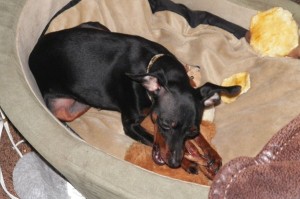 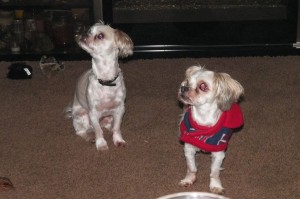 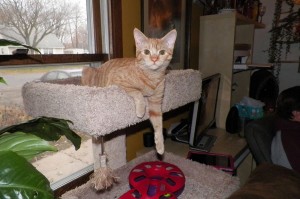 The trampoline was still out and there for the boys to drag Robbie to and Echo had her own favourite dog to pet (Bandit). 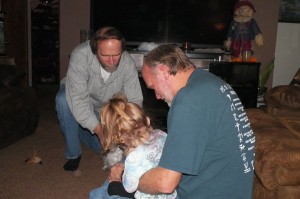 We had 3 types of desert to choose from and a nice assortment of pizza. All in all they had great fun! 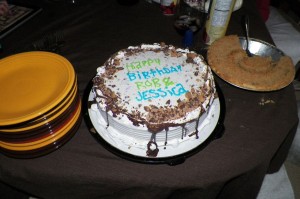 The first of my crochet critters got their new homes today too!! 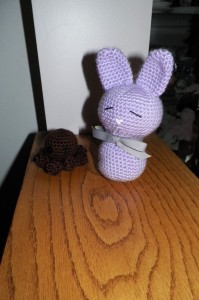 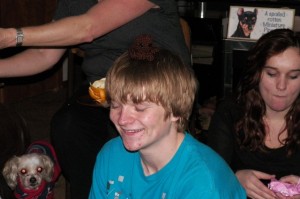 Ken did spend his weekend taking an old pc tower from the garage and upgrading it to working capabilities. Our laptop that the kids play on the most is dying slowly and this tower was laying around. One trip to the computer store for some parts on Saturday for me and Baba later and Sunday night Ken had it all together and set up. No speakers yet but quite the set up!!!! 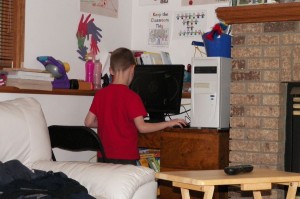 Enjoy the photo extras!!! It was a great weekend! 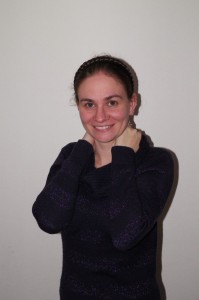 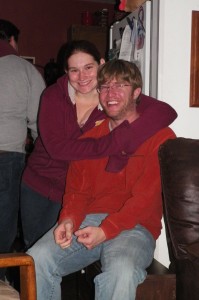 Ken’s cousin Angie and her boyfriend 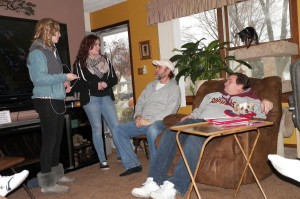 Jessica and friend with Greg and Jim 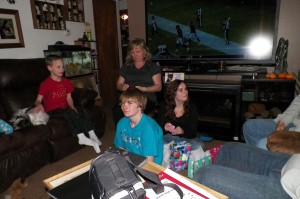 Present time (Judy in back)