A Cereal Killer by is the first in the Sibyl Potts Cozy Mystery series by Morgana Best. Set in Australia, it is a rather intriguing and fun cozy mystery. There is a murder in the boarding house up the hill and Sibyl has the bad luck to walk into it.

I don’t know that unique characters really gives the full impression of the people the main character Sibyl is introduced to post divorce as she begins life in a new town in a different state of Australia. Mr. Buttons of the cucumber sandwiches and obsessive compulsive disorder… and Cressida Upthorpe her landlady, painter of some very unique, somewhat macabre paintings, theatrical to the core. Sibyl herself is interesting with her failed marriage and somewhat psychic abilities (as a child to see dead people and later to foretell the future, just not always when she would like to).

The story begins with a death, well after we learn more about Sibyl’s somewhat messy divorce from Andrew the stingy. Which ties in nicely to the murder by cyanide (the product of the mining company Andrew works for). And it all goes from there.

While I do not know too much about Australia I really did enjoy the descriptions of the area and the author is terrific at sharing terms that would be unknown to someone not native to the country. All in all a great mystery, no real romance in this volume and, while certainly a quick read it was highly enjoyable! 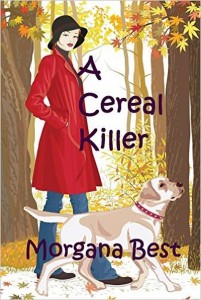