Merry Christmas (belatedly) to you and yours! As usual I am behind on my reporting but I am making a real try to catch up… just you watch, November will spontaneously pop up one of these days! And then you will be in the know again!

Anyway… Christmas Day for the Reinsch-Johnson clan. It was a different one from our previous ones here in Minnesota. First off because we really did not have extended family beyond Nana and Baba here for the day or eve. In the previous years Christmas Eve was our time with Ken’s Uncle Moose, Aunt Colleen and their two kids. But this has been a rough year for Moose (Paul) and while he is on the mend they were really not able to come over for the traditional Ukrainian meal of potato soup and perogies. It was probably for the best as this December has been one of illness for the family. So many yucky colds! But thank goodness we were assured that he is better and home again. 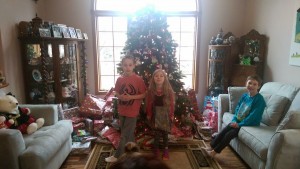 Of course we DID enjoy our meal… and the company was wonderful as was. 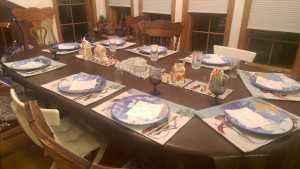 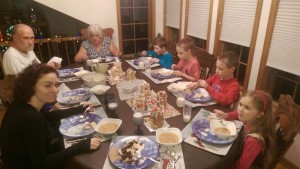 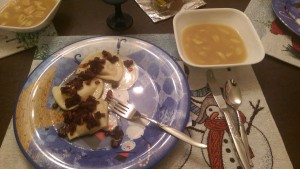 That evening we did put out our cookies and milk for Santa. In our new pj’s. 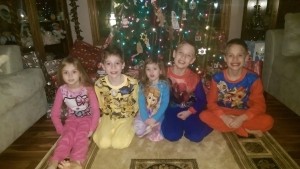 Echo and Ken spread Reindeer Food out on the lawn since we went to bed without a speck of snow to be seen really. 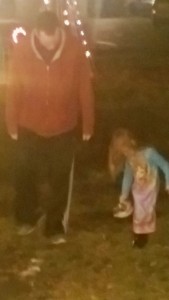 Christmas Day was just the household and it was wonderful. We did not manage to Skype with Gammie as she was having issues on her end but we did text back and forth and take some pictures of the openings. 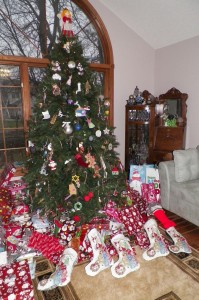 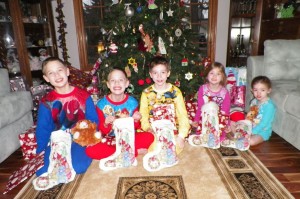 Amazingly enough with two countries and multiple states we did not have any duplicate gifts this year! Each and every one was well received and I can honestly say I have not seen the kids happier. 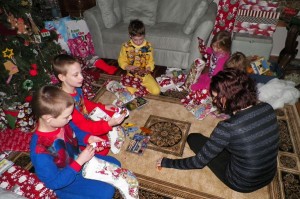 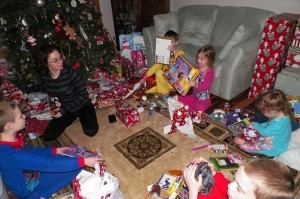 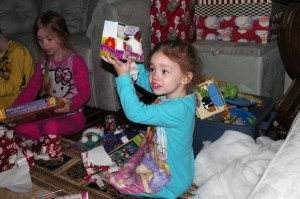 We had calls with both sets of grandparents… Alberta and South Carolina. As well as a lovely chat with My brother James and his wife Holly… well mostly Holly. Even a peek in on Cousin Jimmie. 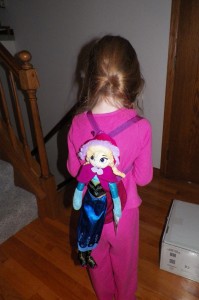 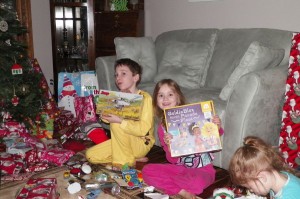 Dinner was a delicious turkey and trimmings thanks to the hard work of Nana and Baba. But for the most part after the excitement of the great toy opening it was a nice, quiet and relaxed day. 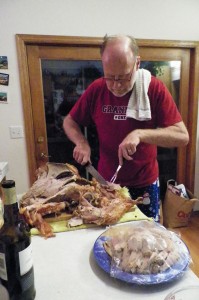 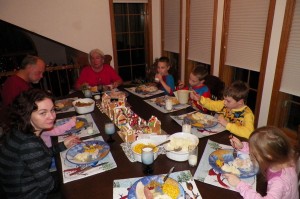 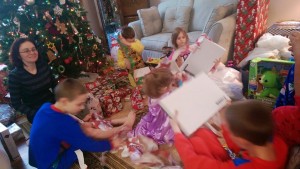 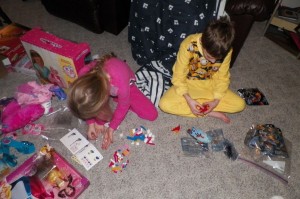 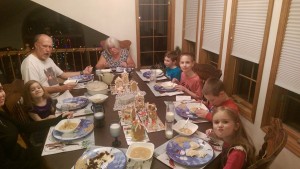 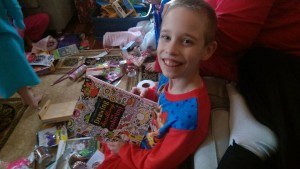 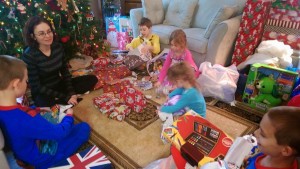 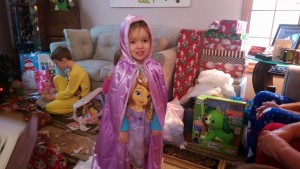 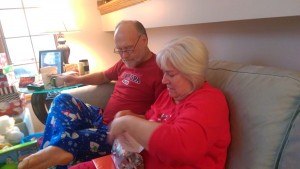 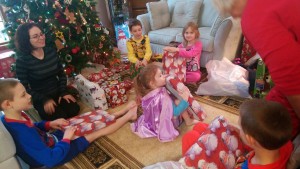 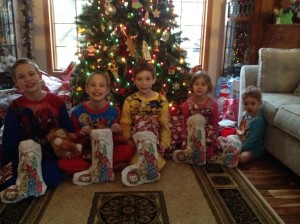