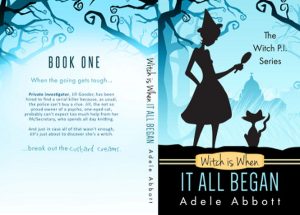 Sometimes those daily freebies on Amazon are absolute gems… Keep Me Ghosted, a first in a series by Karen Cantwell is one of those.

What is a single girl with a ghostly tag along to do but live life her own way? Sophie is an animal loving single girl with a one eyed cat and a pet flying squirrel named Peter Pan. I have to say I absolutely ADORE her ghostly companion Marmaduke… British and all!

In answering an add to work as a receptionist at a specialized optomotris’s office Sophie is introduced to the dishy Dr. Callahan and his not so friendly ghostly tag along Moonflower. With a struggling practice and ghostly interruptions there is lots to be accomplished, a minor mystery to be solved and hilarity to ensue.

This is the first in the series, and I am rather looking forward to future installments. You fall in love with the characters and honestly are right there with them all the way. The romance is gentle and REALISTIC. Sophie, for all her quirks and silly moments has a good head on her shoulders. Ghosts and a little witchcraft with a dishy doctor (eye) to boot… I honestly could not put this one down! 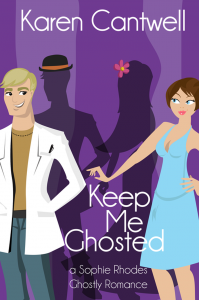 Ok, take out chapters 11 and 12 (if you prefer non graphic – sex wise – books like I do) and Her Perfect Mr. Christmas by Melissa Jolley is a wonderful Christmas themed short story. What is a strong and independent woman to do when she is dumped by her boyfriend right before Christmas? Well, call her bestfriend for support. And when said bestfriend is not at her phone? Well, her older brother takes over and comes to be that shoulder to cry on. This is where our story continues on.

Poor Marty (Amy Martin) is a strong woman born from a family that neglected her. Finding companions and joy with her bestfriend and her family she has never once looked closely (romantically) at her friend Kaye’s older brother Dominic.

This romance has a taste of comedy a little conflict and a lot of fun. Again, as this is a short story I don’t want to give too much away but I personally really enjoyed this story. Based in England there are some colloquialisms of course and some differences in landscape from some other stories I have read. I love that the characters are sweet and funny and appreciated that the sexual content is actually something you CAN skip if you want (and I would in a re-read). Again… seasonal romance with a giggle or two – this could be the book for you! 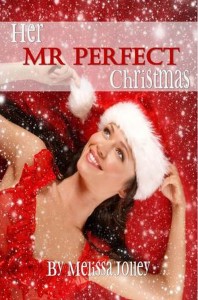