So it is the adults’ turn to be sick today which has slowed the process of getting things done to a complete crawl. The kids were less than sympathetic and Echo herself was under the weather. This combined with having to wait for Sean to have the time after his school day to take Ken to collect our van (which drives lovely now!) has postponed Echo’s re-take on the bloodwork to tomorrow. Our local lab which has her requisition closed at 4pm!

Ken was still able to be busy on the phone and get our hook ups set up. Tomorrow I hope to get the forms to have our mail forwarded while we change addresses. Hopefully the talks they are having right now will postpone or completely remove the reason for striking with the postal workers.

Somewhat sick or not Ken was off this evening to help Ted move into his new condo. Such a busy end of May/beginning of June! I have taken some time this evening to start packing up our spices and such. I simply cannot see making large and complicated meals in the few days we have left here.

Now to do what little I can and get some decent rest!!! 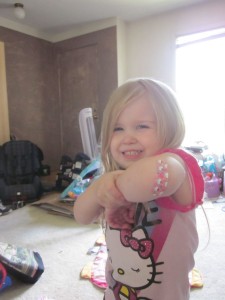 It really wasn’t until late into the night that it really hit me – we ARE moving… OUT of the city… AWAY from the place we have been for over 3 years, and I was surprised at the LACK of sadness over that. That is not to say that there aren’t people, places and a few things I will miss, but we WILL be back to visit (July for sure for Echo’s appointments and TWICE potentially in August again for medical for the kids… and those are the already planned dates). There are some wonderful opportunities for us at this new place – a chance to set up our home to be homeschool friendly first and foremost, being closer to ALL of my cousins on my mom’s side as well as a nice portion of our family on my dad’s, living in the same city once again as Karyn (a big plus) and Fydo and Kristen (another huge YAY)… Zander is still my lone hold out on the move excitement, but I am hoping that having the room back to just him and Gavin will help as will the new set up for our schooling. From the pictures and Ken’s description we will have lovely big windows sending sun right onto our lessons which is going to be absolutely WONDERFUL.

Today was definitely a kick the kids outside sort of day. I found some water guns from last year that I am hoping they will play with until the break so I can toss them and gave them a bowl of water and said – go nuts. Of course there have been squabbles and then issues with the cheap toys but they seemed to have enjoyed it. In the meantime, I spent some time in the boys’ room bagging up their dress clothes (cheap garbage bags for the win). 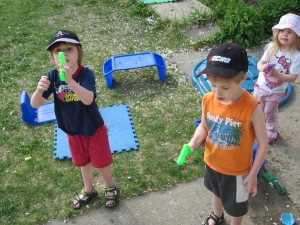 We made some time in our afternoon to do the 5th chapter in our book where you actually first face the fact that the swan Louis is unable to make noise. Today’s follow up was just to draw a picture of the Cob and Louis attempting to confirm that he really doesn’t have a voice. Gavin is still totally into rainbows right now! 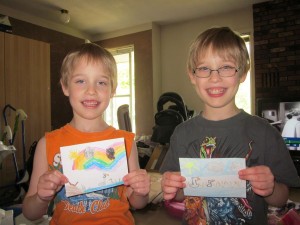 The twins have been great about helping me box up stuff… although equally as proficient at taking things out when I  turn my back. We have finally given up on organized and decided chaos is best – just get it packed and out of the way is the big plan right now. Well out of the house! The hope is that once we get to the new place we find things we forgot we have BUT need… I would love to be able to save us some money by ensuring we DON’T buy things we already have. As well as going through out excess and putting it up on Kijiji. So much easier than a garage sale!

With whispers of mail strike every cheque and every little piece of positive post we get is an absolute joy. Today it was my last Hello Kitty purchase off eBay – another 2.00 one but this time for ME! It is a cm only measuring tape to replace the one I had bought from the Dollarstore and the kids lost SOMEWHERE in the house. It was starting to break too so I did need a replacement eventually anyway. 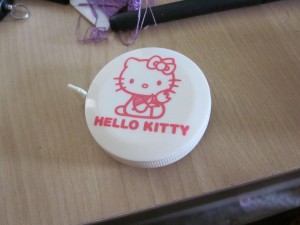 The van is officially repaired and at almost 20.00 UNDER the quoted amount. Very exciting for a family that has, in the past, been cursed with what we are starting to think were DEMON vans. Now we just have to get Ken over to the mechanic’s to pick it up.

Echo and Trinity are going through the bug now… no throwing up or anything just ill… Echo cranky and Trinity lots of pull ups. BUT it looks like we are burning through this in record time. Sadly today was SEAN’S turn to be sick though he made it through his shop stuff for school. Lucky on our side that he is sick now and NOT yesterday but the poor man!

The kids are keyed up about everything, and Ken and I are WORN out… but we are getting ready to go! Adventure here we come! 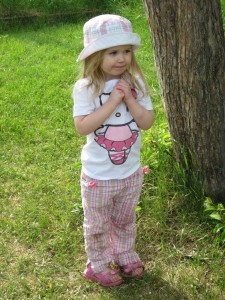 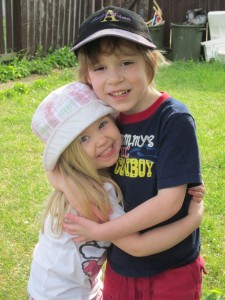 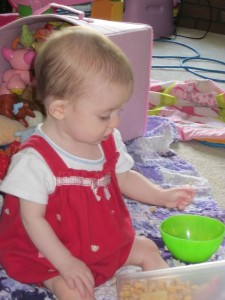 Not the most auspicious start to the day, last night was Zander’s turn to get sick and another time for me to be thankful that Ken has a cast iron stomach. This in turn means no Sunday School year end class. The boys were pretty devastated but Gavin was still coughing hard and Zander throwing up into the morning (luckily NOT all over the floor). The plan now is to take them to the church once the van is fixed to drop off their cards for their teachers. Not the same thing by any means but at least they can still give their cards. 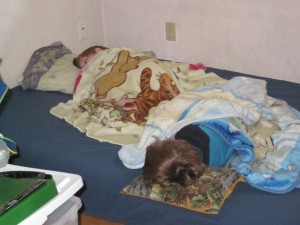 What WAS a good thing was that relatively early this morning the mechanic at Canadian Tire started looking at the van… way better than the mechanic we were GOING to take it to that kept putting us off as he got further and further behind. The repair is estimated to be relatively simple and not too pricey, but they wanted to wait until tomorrow to complete it as they do need to remove a piece to get at the problem. That left Ken, Sean and Gavin to head in to me the potential rental owners and myself with the other 4 kids… who ALL napped at the SAME TIME! WOW! This freed me up to do some packing, cleaning and go out into the backyard and collect some of the toys. 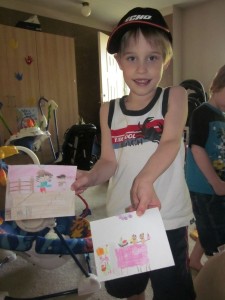 Gavin and his art he did on the drive

BUT before the guys left Ken and I took the kids on a quick trip to the warehouse store. VERY quick, which meant on the way there Emanuel got a ride! 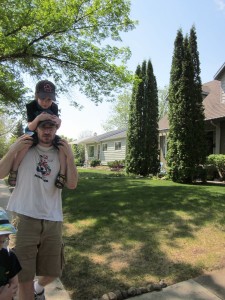 It was nice to get us all out for a bit though Zander felt he was a little cold on the way home. We REALLY needed some ginger ale for him and some ham slices for lunch. 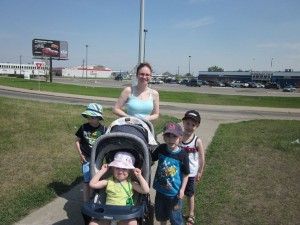 BUT then the good news comes home with Ken, Sean and Gavin… we got the rental! We just need to take the deposit and sign the papers this week and then we can move in! Ken was quite impressed with the space and all the repairs that have been done. Apparently the previous tenants were VERY destructive. They took two months to repair all the damage. This is the start of something new and exciting for us!!

The plan so far is to pack up what we CAN fit in the van with the kids in and drive down Friday to do the signing etc… and then Ken go back on Saturday to go from there with the guys. Once I am out of here I won’t be back as someone has to be child wrangler. My job this week is to get as much of the basic cleaning done as possible so that Ken does not have to do it. I am going to get ALL the little hands involved.

So life all of a sudden feels more… organized, even with our massive chaos. I have stitched a little on the stocking, though Echo is still off her normal behaviour a little so I didn’t have as much time as I would have liked. It IS coming along though and after tomorrow will be my ONLY project out and active until after the move.

I am feeling MUCH better… the next big thing (besides the van) is Echo’s re-do on the bloodwork. There are bikes to pick up, some stores to run to before Friday and of course, the little things that go with moving. I am not sure how much of our chapter book we will accomplish this week… I figure we will take it one day at a time and go from there. 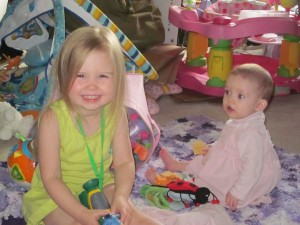 The girls playing together