This weekend marks the end of a lengthy phase in our married life… And thus I deviate from the catch up on the daily blog and have to share our newest milestone. Ken and I just finished our 30 day wait period for him to have his vasectomy done (or as it is called here in Minnesota – voluntary sterilization). 5 kids later and we feel that we have come to the end of our building of our family. Echo was the perfect final addition to a family of unique characters.

It is really now time to move on and RAISE our family… what a weird feeling. I have literally been focused on babies, pregnancy, nursing and all that for a decade. We now have moved from nappies and nipples to homeschooling and swimming lessons. In fact, in a little over a week our twins will be 10! It has always been agreed that when the time came to finalize our growth that it would be KEN who would take that step. Frankly the female version is a full out surgery and a much longer healing time. Surprisingly he was more than willing.

So today Ken followed family tradition and off he went with his mother (yup she is the designated driver for this procedure now THREE times!) and an hour later… done. As I type this up he is fast asleep and has been since 30 min after he got home. Such a huge step for our family in such a small and rather mundane procedure!

I have to giggle though… in 2004 when the twins were being circumcised Ken was off at the Canadian gov office taking his landed status interview (leaving me to deal with the tears and handing off the babies)… and then today, I was on the phone with the government attempting to hunt down the 5th passport of the kids’ proving they are ALL Americans (which was a DUH moment for us… I mean COME ON… they are HIS KIDS) and Ken is off to have his vasectomy… one starts to wonder if government and —-s go hand in hand… I know CRASS but come on… the mind finds the connection!

So we wait the 3 months for the final confirmation that Ken is indeed sterile and it is all too real that the only new children we will have in our life will be adopted or grandchildren (many many many years from now). WOW! BUT I have had my hand in the over population of the earth… time to pass the torch and raise children I can be confident and proud of sending them out in the world! 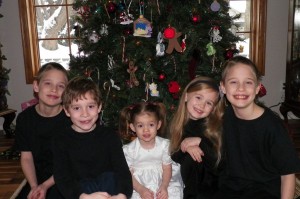