A taste of my own… if you start it finish it philosophy. Waaaaay delayed!!! Well, it keeps you humble. Enjoy!

Edit: For a video that is current check out this video to hear how this dinosaur got its name. Thanks to the Royal Tyrrell Museum.

I must admit our 2013-2014 school year has been light on the dinosaurs. It just seems like learning to read and external forces have held us at bay… but no longer! We are planning to go up to AT LEAST 2 a week if not back to our original 5. This means LOTS of hunting for mommy for those more obscure dinosaurs. But first… the Pachyrhinosaurus.

This Cretaceous period herbivore was found in what is now Alberta and Alaska. Believed to have moved in herds, it was a rather unintelligent dinosaur with less hearing and scent capabilities. Being a plant eater its teeth were constantly worn down and replaced and included cheek teeth. Without brow or nasal bones this 4 legged dinosaur had a rather unique look. Definitely a traditional plant eater though!

Our video today was from the documentary March of the Dinosaurs. (part 5) All thanks to Clubpenguindino.

And now for our links. Sadly we are finding less links now that we are going more obscure but they ARE helpful nonetheless.

So I was a little torn about even reviewing this book on my blog. Not because of the story itself, it is marvelous, but the subject matter is a little off of what I generally share here. I am a born and raised Lutheran who has in turn (thus far) raised our 5 kids in the same faith. Ken is less committed to a particular strain of Christianity or religion really, than I am but agrees Sunday School (or Jesus School as Echo calls it) is a marvelous way for our kids to not only socialize in a school like environment but learn some wonderful classic moral structure. In saying all of that I AM a Religion and Philosphy major (joint concentrations with a Bachelor degree graduating with distinction) who spent a large portion of her education looking into world religions. There is something amazing in seeing more opinions and faiths. Add in the philosophy portion and I have never lost my wish to simply know more.

Now with Scientology I have to admit my only knowledge came from the media. John Travolta, Tom Cruise… though my exposure through Tom Cruise was such to make me LESS enthused about the ideology honestly… and more recently Lea Remini’s leaving and Haggis’ impassioned letter of resignation after the treatment of his openly gay daughters and homosexuality as a whole within the organization. In fact, I was originally looking for the new HBO documentary about Scientology when I came across the link for the book Going Clear: Scientology, Hollywood, & the Prison of Belief by Lawrence Wright.

I figure the best way to review is to be honest… I absolutely LOVED the voice of the author. His writing was clear, and had an unbiased feel (as unbiased as any one person can be). This was a man determined to find as much factual statements as he could, and with religion (or a closed community such as Scientology seems to be) that is never a simple black and white. The back of the book is full of notes and acknowledgement of source. Surprisingly a large portion of his resources came from the University of Alberta. (the university that has bought Augustana where Ken and myself got our degrees) This is not a book thrown together without an attempt to corroborate material. Though there are multiple places where the official Scientology account differs from other sources…

I PERSONALLY found the history of the creator of Scientology (L. Ron Hubbard) and the early history of the organization to be the most interesting. Though the more current step by step growth and evolution of a society working to be declared a formal religion was also gripping.

The entire book walks you through first the life (birth onward) of L. Ron Hubbard on through to the creation of Scientology the written work and organization, past his death and into the more current status of the “church.” Wright has multiple sources including defectors and what information he could glean from the internet, other reporters and texts, the published writings of Hubbard and what Scientology would officially confirm or deny. There is a bit of a taboo on writing about Scientology, especially in the 80’s and 90’s where it is documented that authors have been sued, harassed and potentially blackmailed.

Now there is some dogma in the book, a lot of personal experiences (often collaborated with at least another person) and what has been released in the media. All in all it combined to be a read I simply could not put down. I was very grateful for the long weekend.

Now I would consider this book a wonderful peek into the inner workings and beginnings of Scientology based on the accounts of insiders AND the author who is in no way affiliated with the community. I am sure this is biased on some levels but I feel the author really tried to back the claims, histories and philosophy with text and numerous accounts. I think that this book has given me some insight into what some consider a cult, others a church and still others simply an organization based on a money making scheme. What you draw from it is your own. It definitely held my interest. So check it out if you want to know more about Scientology and for sure, let me know what YOU thought about it! 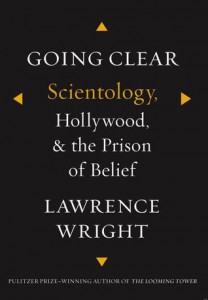