From a fantastic young adult novel to a light Christian based romance. Her Holiday Family by Ruth Logan Herne is a story to enjoy on a quiet afternoon. Dealing with family rifts is never simple, especially when it comes out of nowhere and blinds you. When forgiveness is slow to come and life an uphill battle love is rarely at the front of one’s mind. Neither is reconnecting with someone tied to a difficult time long past.

There are many elements in this story… a broken family, sudden death, arson, foster children and adoption, cancer… Both of the main characters are coming from a place of pain and heart ache. One has lost both her parents and her hard earned business, the other faces losing his father and the reality of his culpability (or lack there was) to an incident that has haunted him since his youth.

There is a definite mystery, a strong romantic element and, of course, a lovely dose of Christmas spirit. Based in Kirkwood Lake (and fifth in the Kirkland Lake series), Tina Martinelli and Max Campbell have a history unresolved and a future unplanned. Tina is in Kirkwood Lake only as long as it takes for her to sort out her burnt out cafe and help out the Campbell family while the patriarch deals with a severe return of his cancer. Max is back from his time in the army to do the same. The big question is who will stay and will they find peace, faith and love?

I really enjoyed this novel. Though I found some of the emotional strife a little bit self imposed on the characters (as indeed it turns out some of it is!). A nice seasonal read if you are looking for some Christmas cheer! 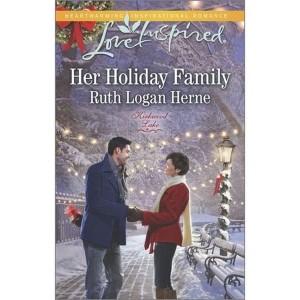 I have to say… Phoebe’s Groom (the title) feels a bit like a spoiler, does it not? Well, it is from the Love Inspired series so… yah… not so much a spoiler as a rather expected progression. Anyway, Phoebe’s Groom by Deb Kastner brings us back to the small town Serendipity. Specifically a part of her series – Email Order Brides, though there was not much of emailing in this book. (my previous review based on this town HERE)

My first, not complaint, but moment of questioning comes from the beginning of each chapter where the main character, pastry chef Phoebe Yates posts a status update (I assume to something like Facebook). Usually there is a corresponding post from her temporary boss in Serendipity and owner of the local cafe, “Auntie” Jo. My question is… do the other main characters (broken hearted widower Chance Hawkins and teenage daughter Lucy) not have accounts as well? Some of her posts are rather obviously about them and if they WERE on the internet too would lead them to quicker conclusions… just a niggle in the back of my brain.

Now I did find the family interesting. (and yes there is a play on Sadie Hawkins dance and their last name in the book!), having lost wife/mother in a car accident Chance and Lucy are definitely broken spirited individuals. Chance is so traumatized he can’t face getting into a vehicle and Lucy is acting out as she tries to find her way into becoming a teenager.

Phoebe is at a crossroads, her previous relationship ending because she simply did not feel she was truly in love, a job awaiting her at a rather elite restaurant in New York. But what Phoebe truly wants is to follow her faith and find a love that is sustaining.

This story is actually rather plausible, a death due to a drunk driver leaving a family fractured, a woman on the search for herself takes a temporary position in a small town before her next long term job opens up, the moment of emergency is even something that could happen. (I won’t share and spoil the book) Love and faith and forgiveness, all wrapped up with a wonderful woman whose positive outlook on life is just what Serendipity needs. Do check out this wonderful lighthearted romance. 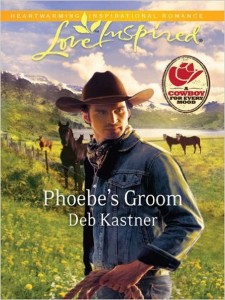 Cafenova, a Clairmont Series book by S. Jane Scheyder is a lovely Christian romance with a contemporary setting. The story centers on Maddy who has recently had an engagement end badly and moved out to the East Coast to start over with her own B&B. In order to afford such a venture she had to take on an absolute fixer upper which leads us to her contractor – John, single father of  two young boys. With Burt the large and loveable dog it is a recipe for success.

While I love this book, there is a random hyphen (-) issue and I found it a little odd that every time a door in the house closed the author wrote it banged! I mean I understand the emphasis on how it closed (if you can’t tell by my normal script that is italicized), but after a while it was almost like seeing a book title or real life store name. Exclamation point and all.

The Christian aspect does become more prominent as the story goes on but it is heartfelt. There is some confusion and complication with the romance but, really, is a romance that runs smoothly from start to finish all that interesting to read? Another point in the favour of this contemporary is the lack of sexual scenes. Instead the characters are quite up front about their need to be mature and careful about their relationship (Maddy due to her personal perspective and ruined relationship and John his two adorable sons).

Forgiveness is a pretty strong theme in this book, as is being responsible with your relationship and how you progress. For some this may seem a little stiff but it felt rather real that they would discuss their wish to be intimate in the right (for them) setting. I honestly enjoyed this book from start to finish. There are moments you worry along with our characters that love may not win out, your heart feels for their struggles and giggles with them as well. If you are interested in a nice Christian message (as it does become more focal towards the end) with a lovely romance this is a definite should read. 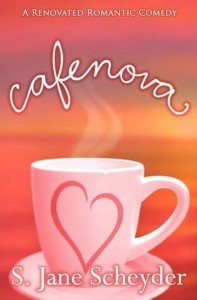