As I write that it totally looks like I am saying Lincoln was AT the signing… rather we covered BOTH of these rather interesting topics recently and I figured why not bundle the two together for the blog post?

The 2016/2017 school year has had a focus more towards history and the United States of America. It has been a learning experience for students AND teacher. These two topics were the twins’ choice. We started with the Declaration of Independence. Such an important piece of paper. We used a lot of sheets from Education.com HERE.

We had a few books we requested from the library that were helpful:

I have to share a rather interesting link passed along by a good friend (and fellow twin mom)… this one looks at what happened to the signers of the Declaration of Independence AFTER they signed at USHistory.org. They truly risked life and limb to do so, as they were really committing treason against the crown and King of England. The twins spent quite a bit of time picking out some interesting people to put into our hand out and report folder.

Abraham Lincoln was a huge success. The boys have always had a vague interest in him with his distinctive look and hat that he apparently kept things in. Our final conclusion was that Abraham Lincoln was a great president, one of the best, BUT his life seemed rather miserable. Granted there was a shorter life expectancy and much higher general death rate but… wow… so much sadness, death and difficulty in the life of someone who now is seen as such an inspirational figure.

We ended up choosing a labook set up that was not free, but it was well worth it. We went with a Knowledge Box product you can find for 5.00 (US) HERE. They have a study guide, lapbook and clear instructions. 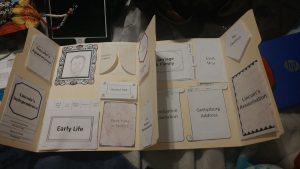 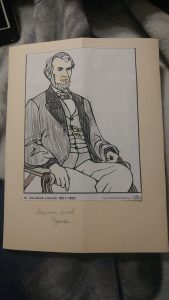 You can check out my Education.com collection of worksheets HERE. Activity Village has some very helpful worksheets as well (sadly these are all pay for sites to get the full experience, but we have found it well worth it.) HERE. You can do a helpful search on EnchantedLearning as well to get these pages HERE.

These were wonderful topics for us to cover one after the other. We really haven’t spent as much time on US history as we have researching countries from other parts of the world. I can’t say we will stick with these kind of topics, but the more we can cover and find interest in the better. From Lincoln it is a quick jump to Martin Luther King Jr. and Rosa Parks. I will share our resources from these topics to. From slavery to a country declaring independence, to a man realizing that a whole group of people also deserved their independence… then to a man who made sure that it was realized that segregation is wrong and a woman who helped courageously help attain that dream. Not bad for taking topics the kids chose themselves!

Chinese New Year is a holiday we have tried our best to celebrate for at least 5 or 6 years now. This is all thanks to the families of our two gorgeous god daughters (Anna and Isabella). Their moms are from the same city in China (Ghangzou) and have been kind enough to help us learn how to fully embrace this holiday. I love the changing date of the celebration based on the lunar calendar and it has come to mean more than the “traditional” North American New Years to me. We do a significant amount of preparation for this holiday, cleaning, researching and shopping for food, reading out favourite themed stories (The Runaway Wok by Ying Chang Compestine). This year it was Trinity’s turn to do a full on lapbook for the season. She worked really hard on it and it shows. 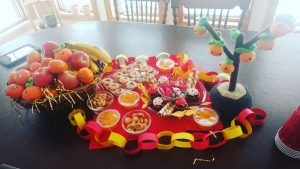 We finished up our day with take out from our favourite Chinese food restaurant – The Rose Garden.

And a few DVD’s for you to hunt down:

Of course there is the lapbook Trinity used! Currclick has it for 3.00 HERE. This is put out by A Journey Through Learning Lapbooks. 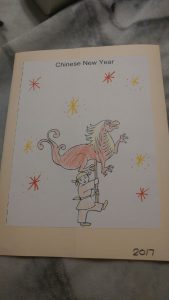 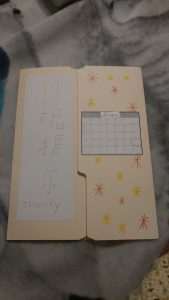 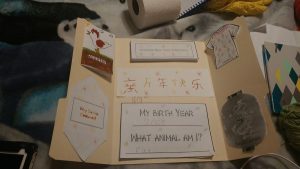 And don’t forget our yearly video!

For our Chicken/Rooster research we had a couple books as well:

I used this amazing designer to make this year’s Zodiac animal – the rooster. I used her last year to make a monkey as well (see my County Fair post from last here HERE). Her site is called All about Ami and you can find her rooster pattern HERE and the monkey HERE. 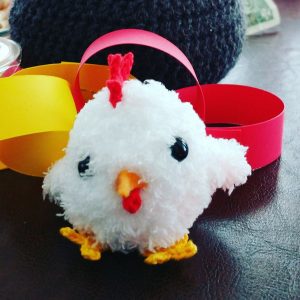 We also splurged this year and bought two dresses for the girls off of Amazon. They were not overly expensive and definitely not high quality, but so cute! 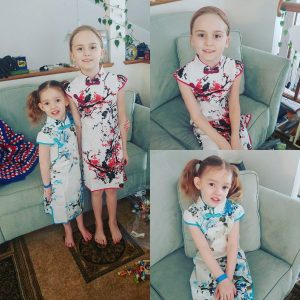 Of course we also picked up new shirts for the boys at Walmart. And buzzed the twins’ heads. New clothes and fresh haircuts in a clean house. And I mean CLEAN! We threw out, sorted, donated… you name it we got rid of excess. And it felt amazing. So Happy Chinese New Year All! Let’s hope the year of the Rooster is auspicious and prosperous! 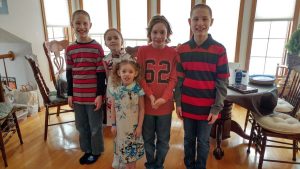 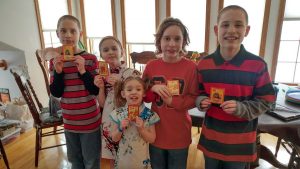 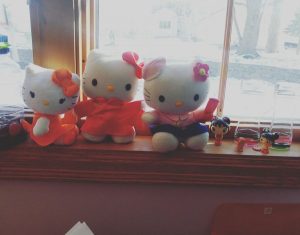 The girls love to sort through their toys and find theme friendly pieces.

Just a quick note – Activity Village has gone to membership, we found it rather reasonable and so paid in. This means I will still be posting their links. Some things are free, I will try to remember to indicate what is in the future!

I let the twins chose a unit study for history to start out their new year. This has been a mixed success as the time it took to work on this unit was longer than expected and had us running into seasonal projects. So I do need to work on amping up our time on US history and ignoring some of the softer “fun” topics.

I looked all over for a good free lapbook resource to no avail. So we splurged and got a lapbook from Currclick – Slavery in North America by Hands of a Child. It was worth every penny!

Of course I requested books from the library:

Instead of covering Thanksgiving once again and going into massive detail on a first meal that may or may not (most likely NOT) happened as it has been repeated along with all sorts of cultural issues we focused on one thing this year – The Mayflower. We decided to make a fact poster and still do a few fun Thanksgiving themed worksheets.

We used the following library books:

For worksheets do check out Activity Village’s Thanksgiving sheets HERE, Education.com has my Thanksgiving folder HERE and EnchantedLearning is a great help HERE (this is a link to my search results). I would suggest lots of google searches but those are my three go to sites (some membership fees to access everything are required for Education.com and EnchantedLearning). 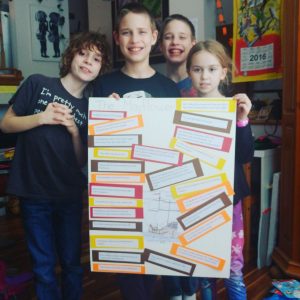