Well, after that rather dramatic magical book (The Magician of Hoad) it is time to return to a different sort of magic – the magic of love and faith. All wrapped up with a Christmas bow. The Cowboy’s Christmas Courtship by Brenda Minton (6th book in the Cooper Creek series) is a wonderful tale of redemption and release. The knowledge of when to let someone in and when to stand strong and independent is also examined.

Faith is a strong theme in this story. The faith of a woman tested time and time again with the death of her parents leaving her to raise her younger brother. The lost faith of a bull riding cowboy, sent home after a bad injury who has yet to forgive himself for past actions and accept that he can be more than his past.

Layla Silver has been standing along for a long time. With time running out on bills and her brother what is she to do when ex flame, ex friend Gage returns post bull riding injury? I love that while their past was not pleasant the book really begins with Gage attempting to make reparations for using Layla to get to her best friend (in high school no less) that is not really where it ends. There is so much more going on.

Again this is a book where faith in God is at the very core of it all. There are some discussions about abuse in the past and a teenager out of control, but in Christmas there are miracles. If you just have faith and are open to change and love. All in all a great seasonal read. 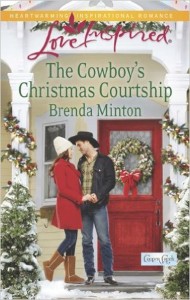