Well, I am finding more and more that my random story choices is teaching me quite a lot about my personal tastes. This book has reinforced that I enjoy my Regency romance and my stories with a strong faith element SEPARATELY. I feel like I am looking for something very specific when I pick up a Regency romance, a sweet story with gentile people, maybe not EXACTLY period correct but most often at least period close…

With The Nanny Arrangement by Lily George you do get some of the period feel, a lot of the romance of the era, but I found the way faith was included – bible studies, and the situations the two main characters are in – often alone, unchaperoned was a bit too much for me. But the imagery was lovely, the characters well thought out and the story interesting. I just found I had to suspend my Regency sensibilities at times (not to say I am educated in perfect Regency era rules and regulations, but I do love the genre and have read pretty much everything I can get my hands on).

The Nanny Arrangement is not the first in a series, but focuses on the middle sister of 3 who helps her younger sister run a hat shop. The elder has married up and is happy in her home but still in contact. The younger two do not get along overly well without the third to balance them out. Cue the needy gentlemen, known to the elder and her husband as a good friend. His estranged (badly married) sister has perished leaving her only child – a daughter. In order to solve everyone’s problems Becky, the middle sister, becomes the nanny.

There is a lot more than simple romance going on. Paul Holmes has lost his faith, and is not reconciled to his sister’s death or her daughter’s appearance in his life. Becky is unsure of her future as she longs for more than her place in the hat store and has been newly jilted (or at least the man in question never realized her interest). All in all a fun read just more of a faith story than a period piece. I can recommend a second book by the same author – Healing the Soldier’s Heart which is a bit more in the period correct feel. But both have great merits! 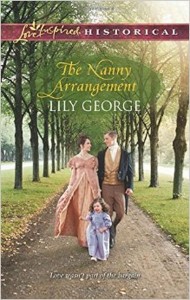 Good grief right into Christmas with my leisure reading and we have only JUST had Canadian Thanksgiving. Random library grab once again, what can I say? Still in my new section of choice for light reading – Love Inspired, Their First Noel by Annie Jones did not disappoint.

I felt this one was a bit rushed as compared to others in the same Heartwarming Inspirational Romance series. the main character is a young baker who has come to a sleepy town to check out the old inn her parents met at. She was conceived there one summer and then her parents were parted. Raised by a single mom who had never quite recovered from the loss Corrie has returned to her beginnings to try and find her father.

The inn in question is being restored by the current owner’s son Andy. Add in an adopted sister and their mother being gone overseas to help OTHER adopting families all during Christmas and you get the beginnings of a sweet but resisted romance.

I love that this is not a “they meet and fall in love instantly BANG” story… there is conflict and give and take on both sides. OH and don’t forget the gingerbread house competition. I found the fact that the child in this story was a SIBLING and not the daughter of either of the main characters a pleasant change. My only beef really was that I would have enjoyed a longer timeline for the relationship to be realized. But then again, I find I often lament the brevity of an enjoyable book. All in all a lovely holiday story. 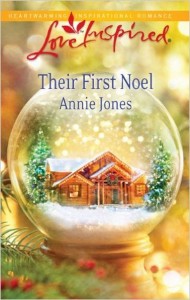 I was watching my kids at play today… mainly Trinity walking up to her brothers and bashing them on the head with her toy and then giggling maniacally. Of course followed by lots of OUCH and Stop it Trinity! and me telling her no and to stop that (not that she listens). This led to me thinking of my own siblings.

In fact I have 4 brothers and sisters – but only one of whom I share blood with (the oldest of  the 4 – my younger brother James). 10 yrs ago this December my sister Kat was added to the family when our father moved to South Carolina to marry is internet sweety (Kat was 12 at the time) and suddenly just a brother who was living at home with my mom and myself (who was living down the hall in the same townhouse complex) became 3. Years later she and I have found our place in each other’s lives where we feel comfortable and loved – Kat went from the daughter of my dad’s fiance to my step-sister to simply my sister. She is aunty to my children and a friend to my husband… someone I am proud to call family.

This set of 3 has contintued on until May of this year when our (James and myself) mom married Mike. With Mike comes two more siblings, one of which I first met back when he was tiny and our parents first dated (think 9 or more yrs or so ago!) and the other one that Mike has recently gotten back in contact with – a brother AND a sister… and suddently there are 5 of us! While I don’t know Lucah or his sister very well I am excited to see where these new relatonships will lead.

Unlike my children, who have grown into each other with each new member joining at birth and instinctually finding their place in our home, my relationship with the majority of my siblings is one we have to work on and create. Although I see a lot of James and myself in the interactions between my own children. We fought, we played together (well I think mostly we played in the same room with DIFFERENT things) we shared hugs and laughter and best of all we started out together. No matter how far we grow apart our beginnings are shared, our bond is blood and I love him dearly, I think we each had our share of bonks on the head with the other’s toys but we also had our moments of unity. It is through James that I now have a nephew and a sister in law (imported from Texas no less!) which is a terrific gift. It is also James who is featured many times in my childhood photo albums and James who remembers the places we grew up in. So no matter how many bonks I gave him or he me I will treasure them all on some level. I just hope my kids can feel as much love from their siblings as I do from my own. 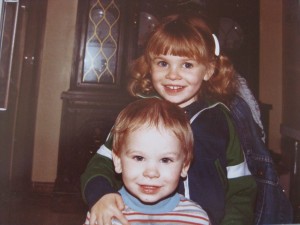 Ken headed off quite early this morning to make the drive to his meeting. This left the 5 of us home alone. Granted this is not a HUGE thing, but we were missing him. The morning started off rainy so we stuck it out in the house. Zander and Gavin DID run out and do their daily picking up of the apples. Every time there is rain or wind we always have some that drop off the trees too soon and from experience are WAY WAY too SOUR.

The focus today school wise was on spelling “Johnson” as a word and not just the individual letters. Each of the twins did it 3 times before frustration was starting to set in. Which was 2 more times  than I was expecting! 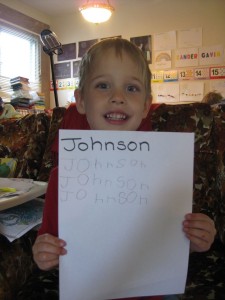 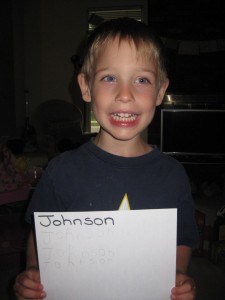 We threw in the number 8 worksheet which seems to be a favourite number – looks like a snowman according to the boys. So in the next couple days Ken will do the corresponding pages in their number workbooks we found at Walmart. Number recognition is coming along though the almighty call of the sandbox is much much louder!

I have downloaded some of the free books from Currclick so I printed out some of the worksheets where you colour shapes to match the instructions, I had also printed out a game to work on counting that the boys are really enjoying. It only goes up to the number 12 but that seems to be enough  challenge right now with the wonderful weather called Clothespin Counting Cards. I only had pink cardstock to use but the numbers are nice and clear. I cannot wait until this weekend when I am “splurging” on white cardstock (I have a 50% off coupon from Michaels). I have “plans.” 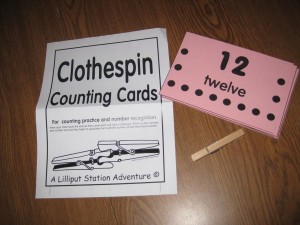 The greatest excitement for the kids this morning was the Shaw man – he showed up bags, ladder and cable in tow. The boys were amazed and actually were not too bad about staying out of his way. However every few minutes they would ask him what he was doing. Thankfully the man was rather personable and able to work around the inquisitive kids! Smart man – the first channel he goes to – Treehouse. Questions ceased and the kids were quite content to watch Comfy Couch (not my favourite show). We now have our money saving bundle – internet, cable and phone all through Shaw and thankfully still with the same number! I still need to call Telus to cancel our internet and double check with Shaw on when our pvr will get here but we have tv again… my one true indulgence is back and FREE for 2 months!

Sadly we have some negative news on the potty training saga with Emanuel. For some unknown reason the past 3 days he has been less than diligent on the peeing in the potty. He DOES say he doesn’t want Daddy to be mad when he has peed or pooped in the pull up but can’t seem to care enough to STOP from doing it. So back to square one and asking him every 15 min (it feels like) if he has to pee. We will persevere of course but some days, ok EVERY day you just want to be done with it. One in diapers and the rest in undies would be grand! One of our goals is to have NONE in diapers when we are in the better position to add baby #5. Diapers really are the expense with another baby right now… I breastfeed and the kids have outgrown enough (and I have kept enough) for a couple more (not that we WANT another set of multiples so SHHH).

Ken managed to get home before bedtime tonight but without a conclusion to the meeting… so now we wait until tomorrow for a phone call – on pins and needles I might add. I CAN report  that he came home feeling good about the meeting and confident that he put his best out there to be seen. So… here’s hoping! I will definitely post results tomorrow. 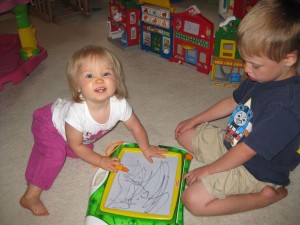 I Will Write Soon! (Zander)