Sometimes you have to reorder your day for something as important as snow in April… the boys caught me before I even made my way out of my bed and asked if they could do outside fun first, school second… Since it is FRIDAY and I had a half day planned anyway (well half day for us… still at least 3 hours of concentrated schoolwork) I told them to go for it. Of course that meant an afternoon of MINECRAFT!

Since it was a no new dinosaur day we did a multiple dinosaur colouring page which has lead us to the next dinosaur (Monday) the Scelidosaurus. I have yet to research this particular dinosaur, but with Emanuel’s track record it will be a toughy! 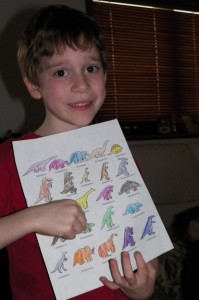 Pointing to dinosaur of choice

Zander reminded me of Dirty Jobs (a favourite show for our family)… and in doing an episode search found the one about Penguins  that I remembered watching ages ago. You can either purchase it off Amazon or watch it for free if you have Prime HERE.

We had TWO videos in regards to the Dodo who was mentioned in the day’s Mr. Popper’s Penguins chapter…

The dodo is so interesting regarding what we DON’T know about it… basically everything, even though it was found and destroyed during a time of “enlightenment”. 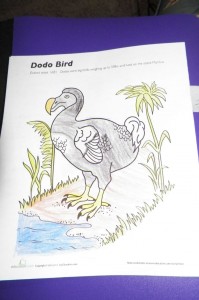 We gave our practice chipsticks a trial run! I am so proud of Emanuel and how determined he is to learn to use these. He has even inspired Trinity! 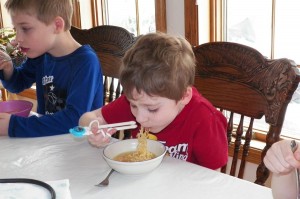 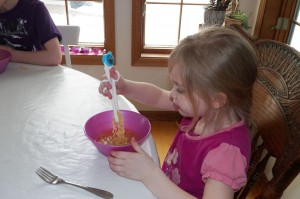 Oh and don’t forget time with their grandparents!!! Not a bad ending to the week! 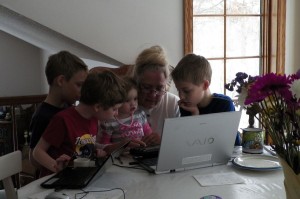