From Peculiar Children to a rather peculiar middle school, there seems to be a bit of a trend to my reading lately. Professor Gargoyle by Charles Gilman not only boasts a creepy cover (seriously check it out, holographic!), but also a relatively creepy, though juvenile fiction level story. It is the first in a new series – Tales From Lovecraft Middle School and even for someone as uneducated on the nuances of Lovecraft it is easy to see why it is connected. I must admit, my knowledge of all things Lovecraft comes from what I have been told and what games I have played that were also INSPIRED by him. H.P. Lovecraft was known for his horror fiction. Most well known of the creatures he used is Cthulhu (I have crocheted a fair number of them myself!)… and while I am sure there is so much more to be said about the man, I think I will focus on this story.

Professor Gargoyle is centered around Robert Arthur, who due to rezoning is now sent to a brand new middle school where he is without any of his friends but joined by long time bully Glenn. The school is a marvel of modern technology and environmental friendly building materials, yet something seems off. And there is where the story begins.

The characters are interesting, the teachers questionable and the mystery a page turner. There are some creepy crawlies and moments of a minor ick and suspense but all in all (the cover withstanding since it could creep out some with its morphing look) a book I would let the twins (age 12) read. I read it in one sitting as an afternoon break and enjoyed it greatly. Enough so that I have already requested the second book – The Slither Sisters.

There is an aspect of horror of course, but there is also themes of bullying, acceptance and general middle school life. Plus a rather interesting pet… but I will leave you to get the book yourself and read more about that! If the twins do show interest in this book and chose to read it I will have them write up their own review and tag it to this one! Enjoy! 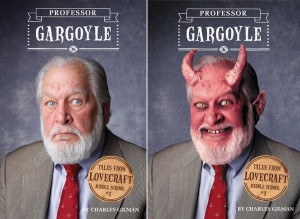