Well it is that time already, though maybe a little bit early being as it was on the 10th of December. Anyway, Christmas pageant at the church time! And the first year where the twins were too old to participate as Sunday School kids. The cut off at our church is when they enter Confirmation and this is their first year of that (and it seems to be going well, they do enjoy class). Instead the two of them assist different Sunday School classes each Sunday and occasionally acolyte.

This Sunday lined up nicely as it was also the Sunday that Gavin was scheduled to acolyte for the same service. Both he and Zander turned down the opportunity to read scripture for the pageant. This was Gavin’s second time acolyting which was worrying enough for him. Though he did a great job. Zander did not feel confident that he could read the scriptures properly with only a week or so notice. He tends to rush when he reads and make word errors when public speaking. Instead he assisted with the practice the day before and dressing up the kids in their costumes. I am so proud of them for stepping up and assisting with the Sunday School at our church. 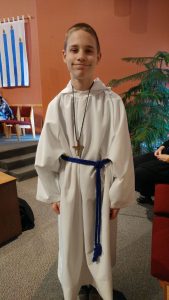 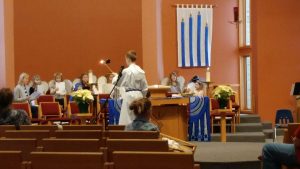 Now for the other 3. This year Trinity turned down the role of Mary. Not only has she been Mary a few times, but this year there was lines and some singing solos. Nope, not happening. Instead she and Echo were angels. So we pulled out the special dresses one more time and they looked absolutely adorable. 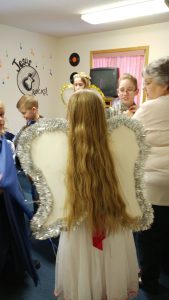 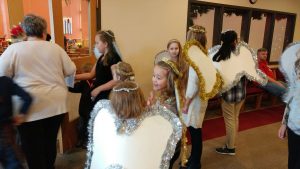 Emanuel’s role of choice has to be one of the 3 Wise Men. We have lost a lot of our boys in Sunday School, or they were not there on Sunday so all there was was Joseph and one Wise Man, but I think they carried it off. 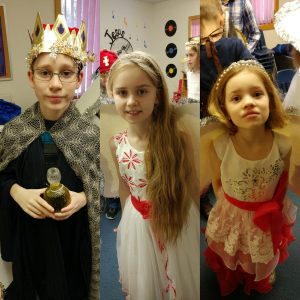 The kids did a special Cherub choir practiced song along with the other musical numbers. It was all rather adorable. I have a couple videos of the singing you can watch. 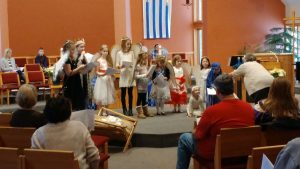 Ken and I managed to get a few videos taken. Though his phone randomly overheated so not everything is shown. Enjoy!!

After church they were give their yearly snack bag. The younger 3 were sweet enough to share with their big brothers. This whole too old for a program thing is something we are still working on getting used to. Zander sat with me during the service since his job was done once the kids were dressed. We worked on his sermon notes together. That one on one time is so special. 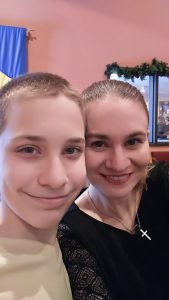 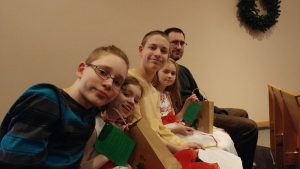 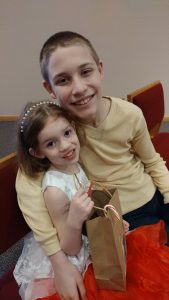 The children did a great job of sharing the message of Jesus’ birth! it is a yearly tradition I will miss once the rest of the kids are too old to participate! I even got in a few pictures myself. 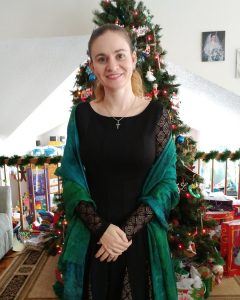 I bought the silk shawl at Renaissance Festival 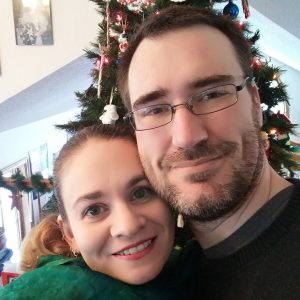 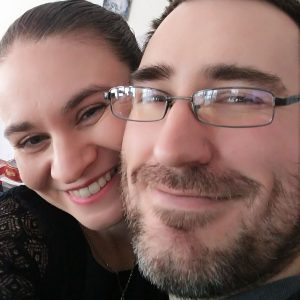 And here are the rest of the group shots. A small but great group. 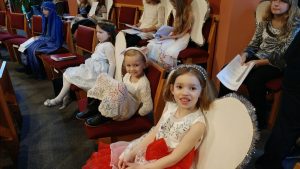 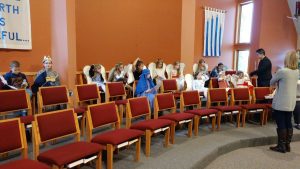 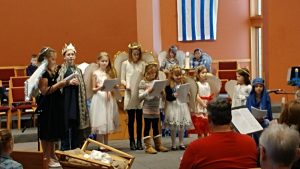 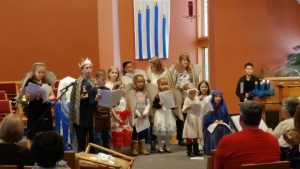 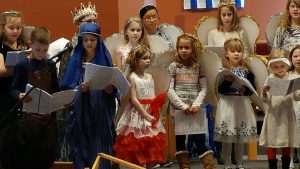