One of the big summer goals that WE did do in a timely manner was getting the twins ready and registered to run 2 almost back to back 5K races. One at the Catholic Church down the street from us (with Ken) and the other at our local YMCA. 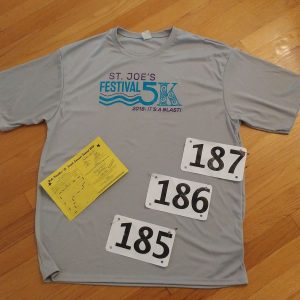 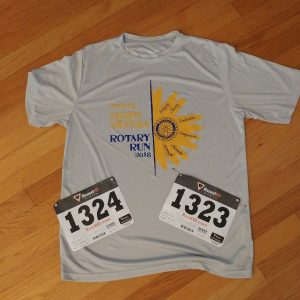 The twins spent the summer in once a week run club at the YMCA with their favourite coach Ben learning techniques for distance running. He was so awesome, walking them through how to properly warm up and pushing them to push their limits.

The first 5K was run with friends and Dad! The Schwartz family are members at St. Joe’s and were the ones who alerted us to this 5K opportunity. Their whole family signed up to run. Ken, Zander and Gavin joined them. 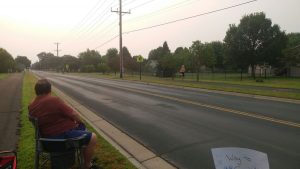 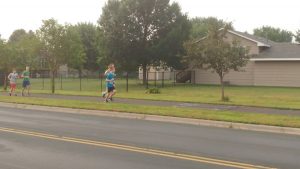 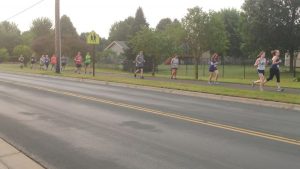 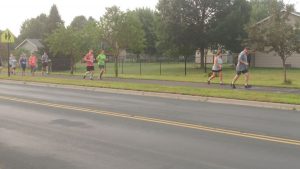 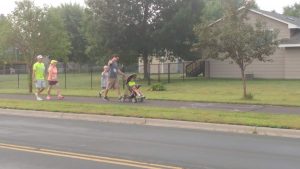 Trinity, Echo and Emanuel made signs and we got up WAAAAAAY early in the morning (for us) and walked down the street to cheer everyone on. I was surprised we were pretty much a solo act but we did our best. (after saying good bye to Aunty Karyn who had to leave to drive back up to Canada) 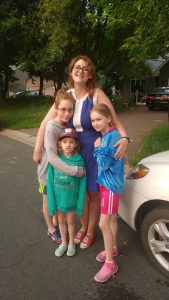 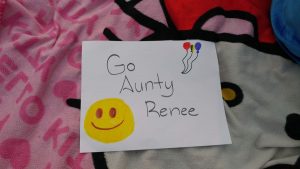 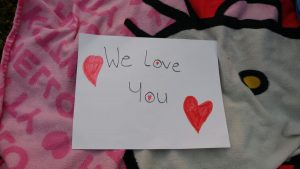 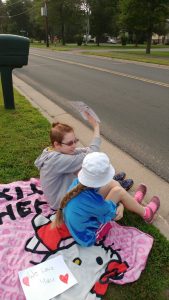 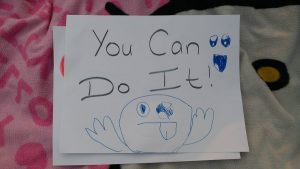 Zander was the first to finish out of our crew. Ken and Renee ran together and Gavin and Nathan ran together with Chris, Evan and Jeffrey went at a much more leisurely pace. 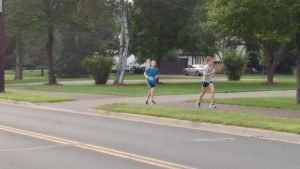 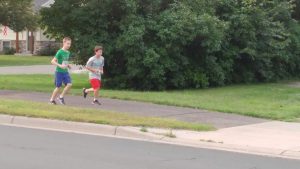 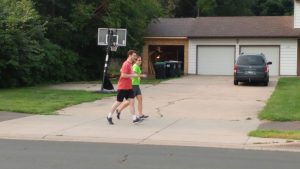 After cheering them until the end it was back to our house for naps, food and resting up. 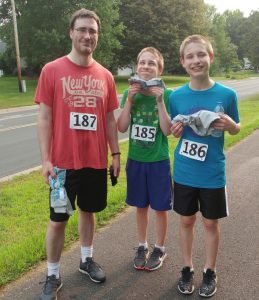 The following Saturday we were all up super early once again to head over to a VERY familiar place – our local YMCA. This time for the Officer Shawn Silvera Rotary Run. This yearly event begins and ends right around the YMCA. Last year the twins did the splash and dash through the YMCA, but this year they had aged out of it. 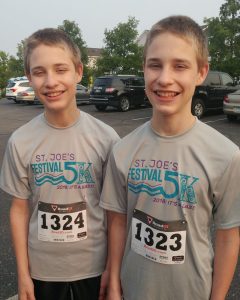 Wearing the shirts from the week before’s run

I was very proud of my boys. Zander came in first with Gavin not too far behind. We brought new signs and cheered them on. 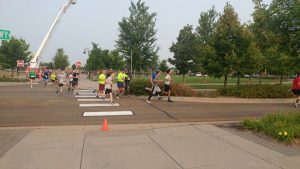 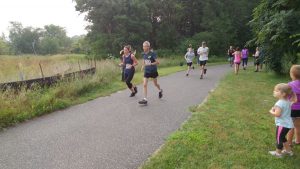 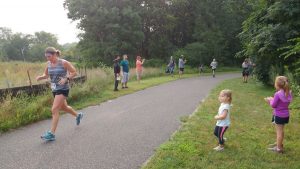 There was other fun things to do in the parking lot. The other 3 built stuff at the Home Depot tent. 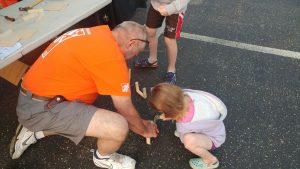 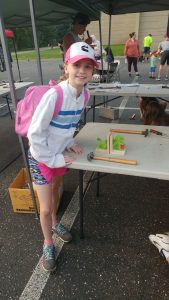 And we had some snacks and time in the bouncy house. It was a great way to round off a summer of hard work and determination. 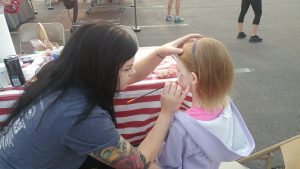 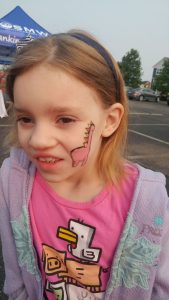 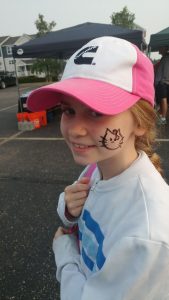 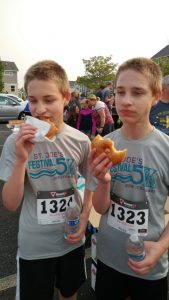