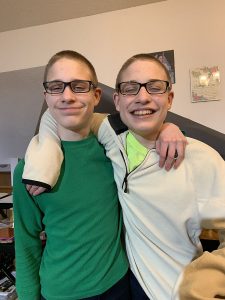 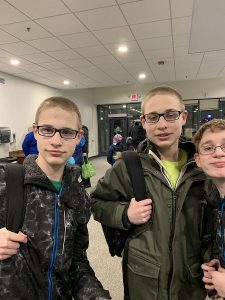 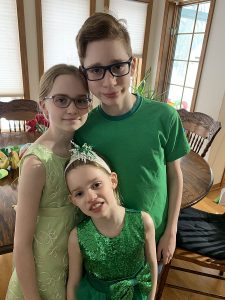 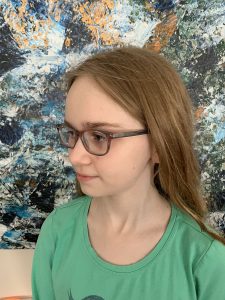 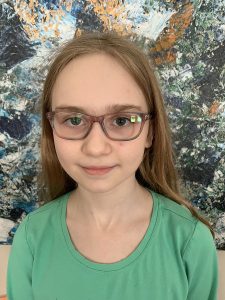 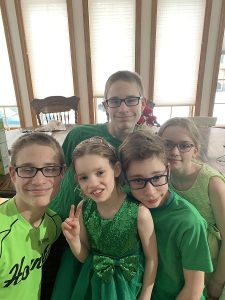 June is another busy month… our anniversary, my birthday (38 this year!), Father’s Day, summer beginning and with it our summer ClubY program. 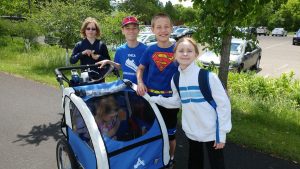 END_OF_DOCUMENT_TOKEN_TO_BE_REPLACED

And the sunshine and warm weather came in spades today! And boy did we enjoy it! We had special lunchtime plans with Kristen and Fydo at their place. With their lovely deck and fenced backyard it was the perfect place for a bbq/picnic. Add to that  the kids being able to play with their OWN toys, bikes, etc… and wow was everyone HAPPY! 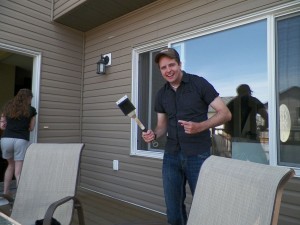 So there was our little slide that can easily be built and taken back down for Echo to learn all about! That slide has gone through all 5 kids and is in great shape! 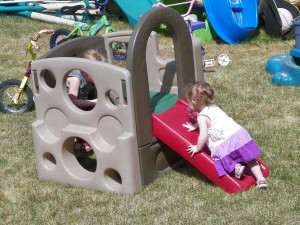 Each and every one of them did the slide this way!

After lunch – hotdogs and watermelon (total yum thanks guys!) on the blanket in the sun for the kids and the table on the deck for the adults it was  time to ride bikes. 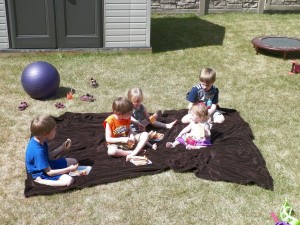 Talk about utter bliss… of course the helmets were buried so we had to skip on those and the twins had to use the small bikes (large are still at warehouse) BUT they got to go… Kristen knew of the perfect path to take where we could see them far ahead and give them to freedom to pedal as hard as they wanted! 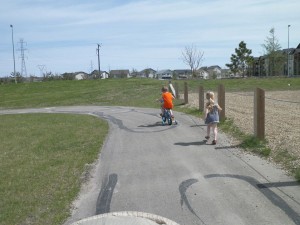 Echo rode in style in the stroller and Trinity took one of the scooters. Kristen and Trinity worked together to get the hang of it. 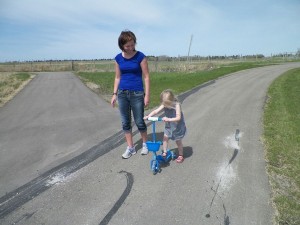 By the time we returned from our walk the guys had unearthed a couple of buckets of Echo’s clothing and one of the boys’ summer gear so I was able to dig out some new bits. Some old favourites for Echo that were Trinity’s and a few more shorts for the boys. When we get moved in I am definitely going to Kijiji myself out of some clothing. Put it nice and cheap but you take ALL of it… I don’t want to keep anymore of the boys’ stuff, I had kept enough for a baby on up to now… and it is finally time to get rid of some of Echo’s outgrows. 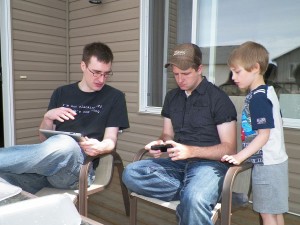 Before the garage spelunking expedition.. they are so programmers

We lucked out even further with TWO garbage bags of girls’ clothing waiting for Trinity to sift through thanks to Kristen’s sister. So the kids are good for the rest of the month, hot or cold! And some of those clothes that Trinity will grow into… SUPER cute!!! Ken and I are so appreciative when people do give us handmedowns. I don’t think the world at large understands how much that saves us money wise! A million thank yous to EVERYONE who has given us their outgrows over the years! I love being able to do the same.

Once the garage was all filled back up and closed it was time to recollect the 9 of us and go for another walk. This one to the nearest park… which just happened to pass a Mac’s. So you can imagine what we did on the walk back! 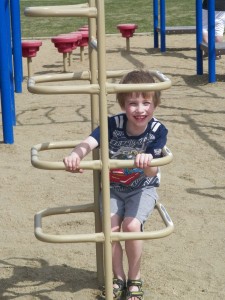 ...and back to labeling until the glasses are repaired - Zander 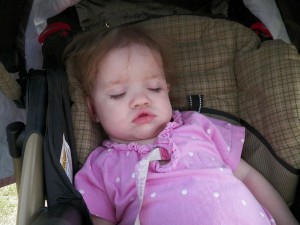 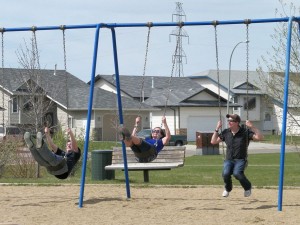 By the time we got back to Kristen and Fydo’s it was time to head to Michaels for some craft supplies I needed and then back to Chris and Chris’. The kids were rather put out that they couldn’t stay longer and play with Kristen and Fydo and their own toys but it was such a lovely visit all the same. I picked up HELLO KITTY duct tape! YAY! So have that to add to my crafting process. In fact, tonight is a designated duct tape craft night. So it is bows and change purses all the way… I need to think on the purse for Trinity but it will happen too! 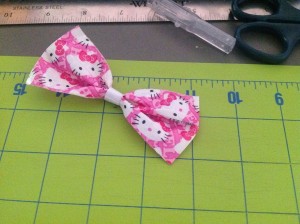 First of the kitty

So our day has been quite the adventure. We saw friends we had not seen in ages, went to the park, ate outside, did a bit of shopping AND had slurpees. Though the kids were sad to see it end they were go go go all day. 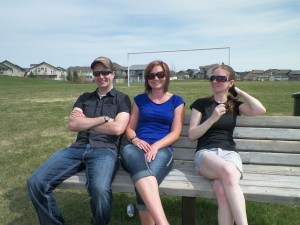 Look I was there too! 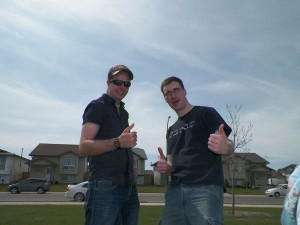