The weekend has come and while we did not manage to line up any company we did keep busy! In preparation for both Dr. Seuss’ birthday (2nd) and St. Patrick’s Day I had a rather hefty stack of library books to pick up and a letter to post (both are in the same little area). From there we headed out to our favourite JoAnn’s that is in the same parking lot as Dollar Tree.

At the Dollar Tree we let the kids buy whatever they wanted… we came home with two packages of marbles (round), a bunny (teddy), a raised colouring set (princess) and a fishing pole (toy). Add to that a hat (Easter) and some St. Patrick’s Day themed foam shapes and we really did do rather well for a much smaller selection than we are used to. Though I should have bought a second hat. Echo is now sure it is hers as is Trinity. 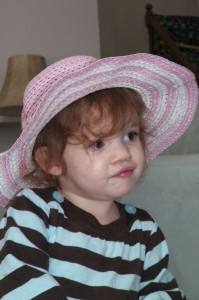 I took a rather decadent day of it and had a lengthy NAP! This head cold has me firmly in its grasps still with a runny nose and congested brain BUT I figure the end MUST be in sight. It was a nice lazy afternoon with the kids busy with their new purchases and plenty of time to read and rest. Just what we ALL needed I think.

Sunday was another at home day for the most part. I am looking forward to the upcoming months. Ken and I decided to not push the hunt for a new church for our family until after he was settled and working as the weekends were his time to apply for the last of the jobs he found during the week, code and of course run the errands that had to wait during all the hunting. I don’t think it will be too hard to find a Lutheran church around here, but we want to find one that is a sister church to the ELCIC we are members of and one that has a strong Sunday School element. Location is also an issue as as of yet I am not sure where we are moving to later in the year and driving massive distances to get to church is never a good idea.

Ken, Zander and Emanuel stepped up and did a major grocery shop. They got about 3/4 done before the boys pooped out but it was a great effort. Almost all of our Dr. Seuss menu is now in the house and at a great price and we are ready to face a house without Ken there. 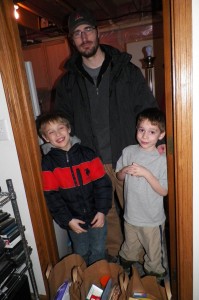 So of course with a Sunday at home we had to have some gaming time too! 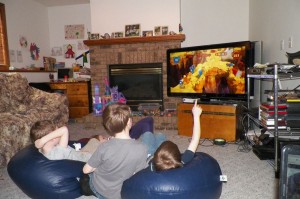 It is nice to have a weekend at home just the 7 of us! But it certainly does NOT make for an overly interesting blog post! Oh well, next is Dr. Seuss and the beginning of our platypus assembly. 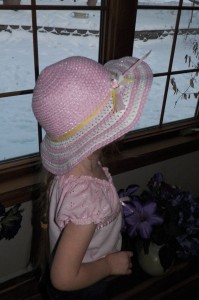 Our own little Holly Hobbie.